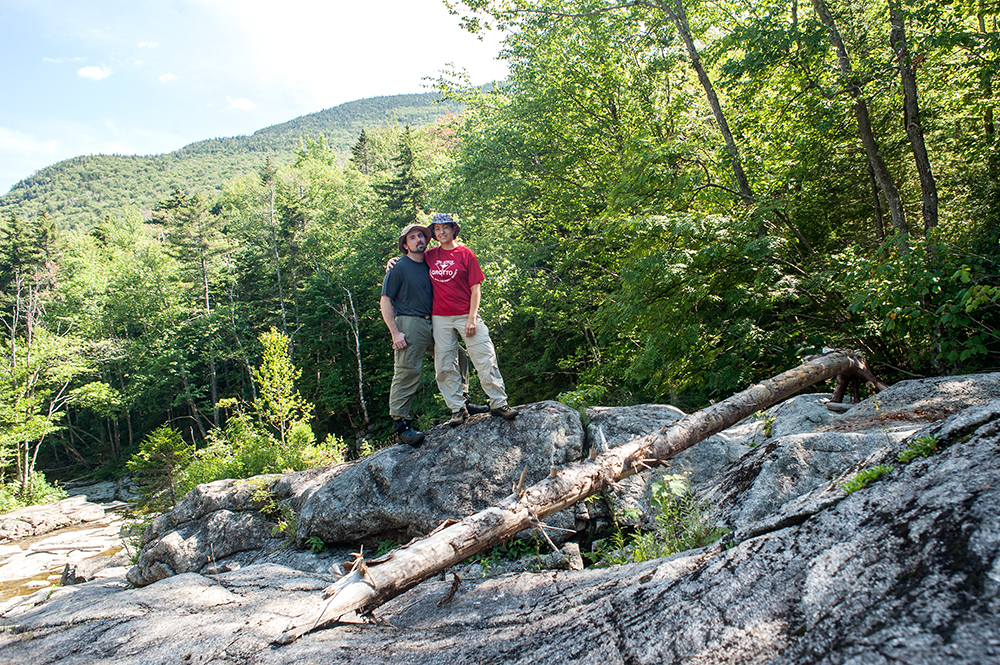 My vacation this year . . . to the northeast for backpacking, hiking, Canada and random places for adventure!

Backpacking Day 1
Us in the White Mountain National Forest’s 45,000-acre Pemigewasset Wilderness area. We didn’t know, nor was it advertised on information boards at the parking area, that we needed to pay cash to stay at the established campgrounds in the wilderness. WTF?!?! Luckily, Chris forgot to empty his pockets after paying for breakfast in the morning. So we had enough money for two nights on the trail, instead of our planned three. So we had to cram in 35 miles in three days, instead of a leisurely pace during four days.

Unfortunately, we did not stop much as we had limited time to reach a camping area before nightfall. So I don’t have many photos from the first day. 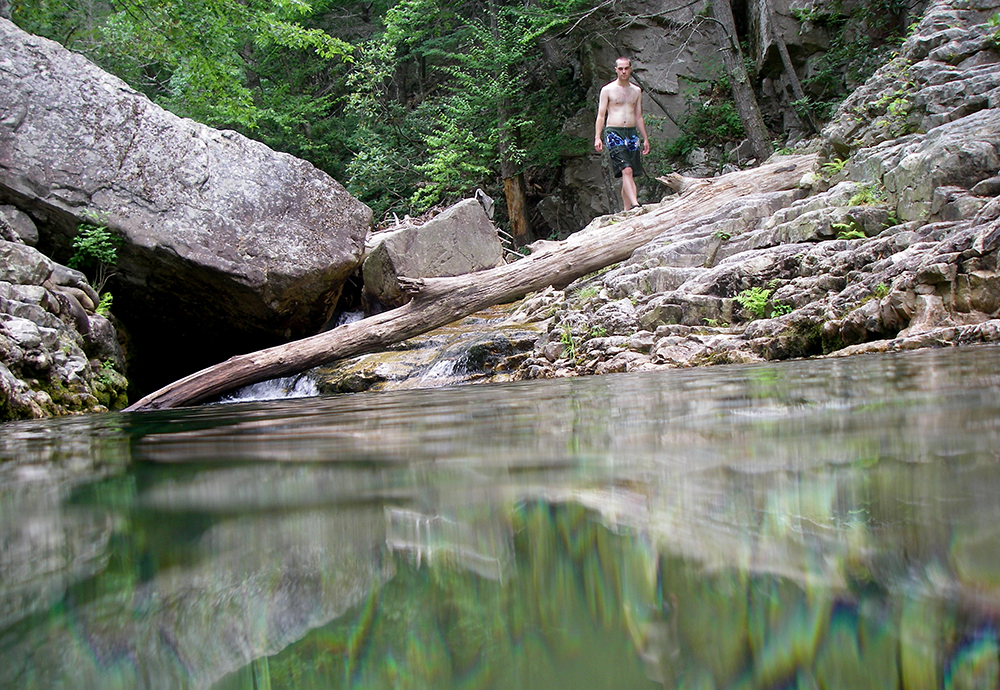 Doug Manners at one of the many swimming holes along the St. Mary’s Waterfall hiking trail. It was a nice day to go hike with co-workers. 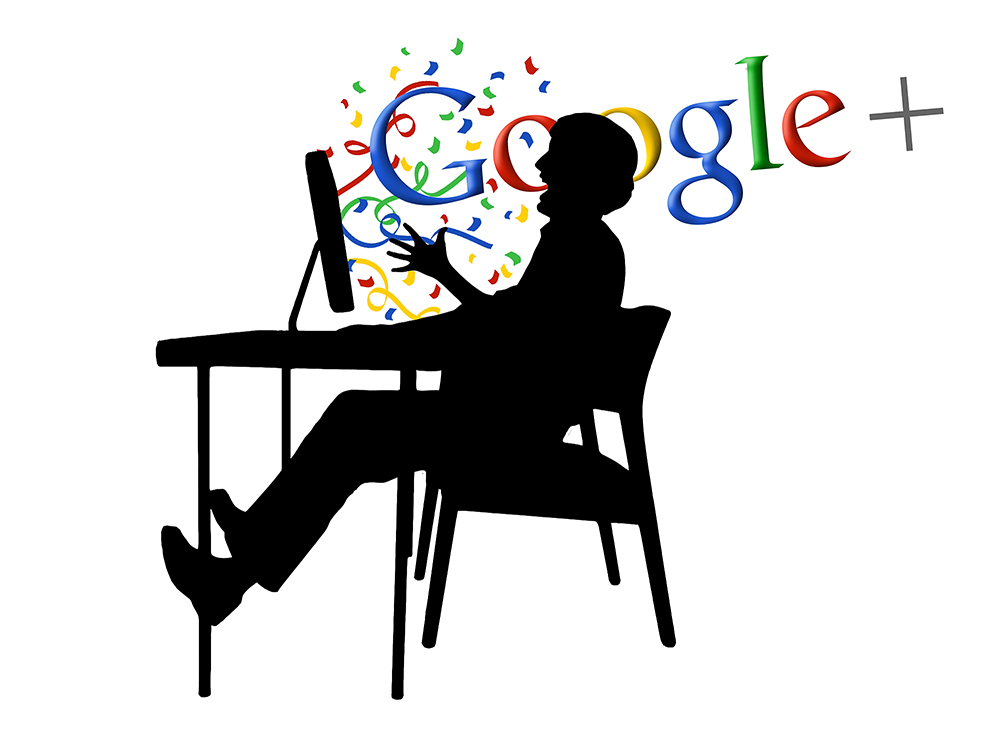 Every now and then I get to do a fun photo illustration for work. Here’s one about the new Google Plus.
(Nikki Fox/Daily News-Record) 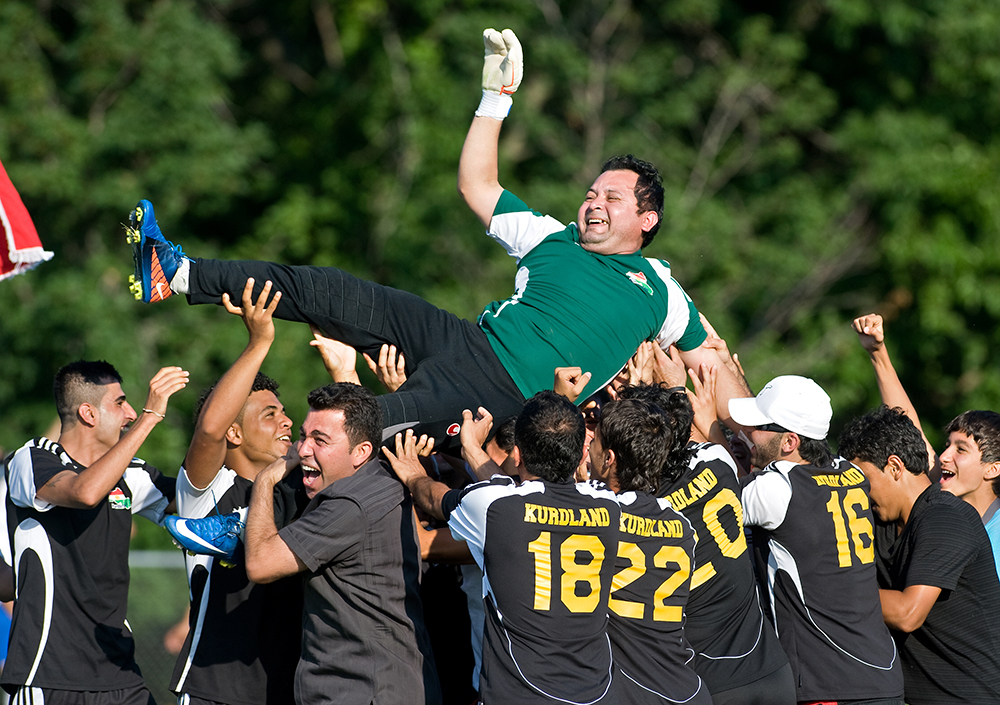 (7/9/11) – (Harrisonburg)
Every now and then you get a fun shot like this . . . covering the local soccer league.
The Kurdland team members lift up goalie Jines Benitez after they won against Valencia in the Shenandoah Valley Premier Soccer League division II final Saturday.
(Nikki Fox/Daily News-Record) 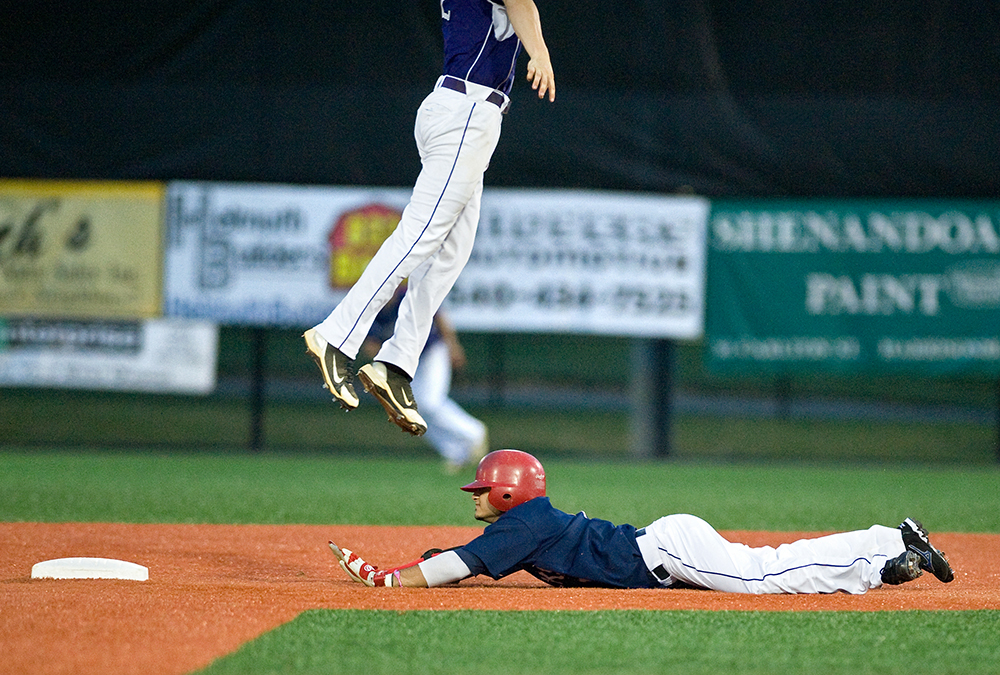 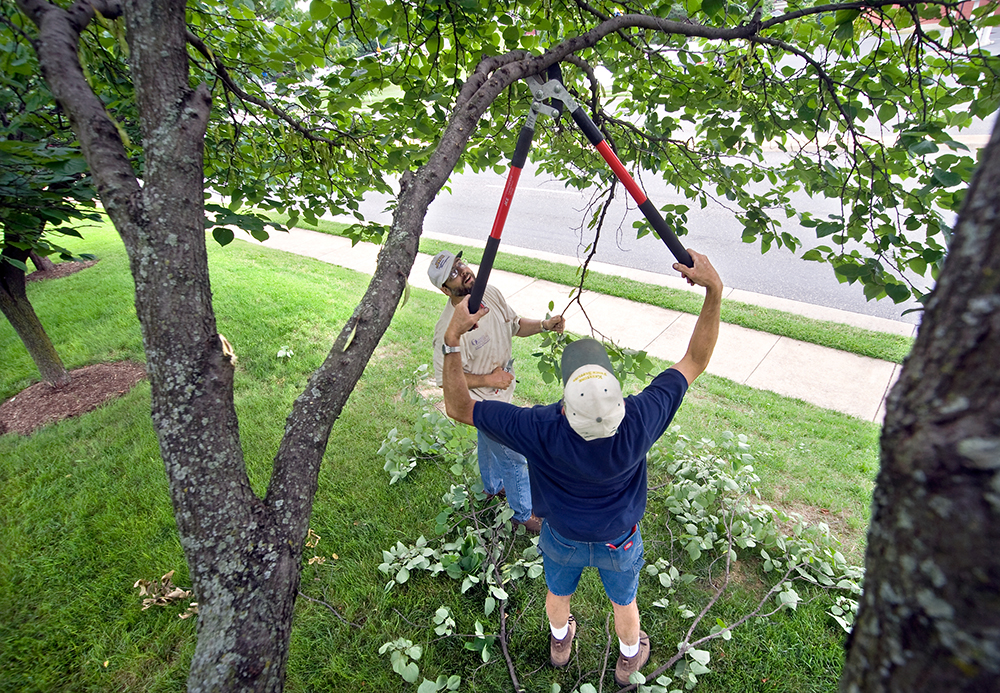 (6/18/11) – (Pocahontas County)
People pigging out after a Cassell Cave thru trip that Chris and I led during the PSC June Jamboree. 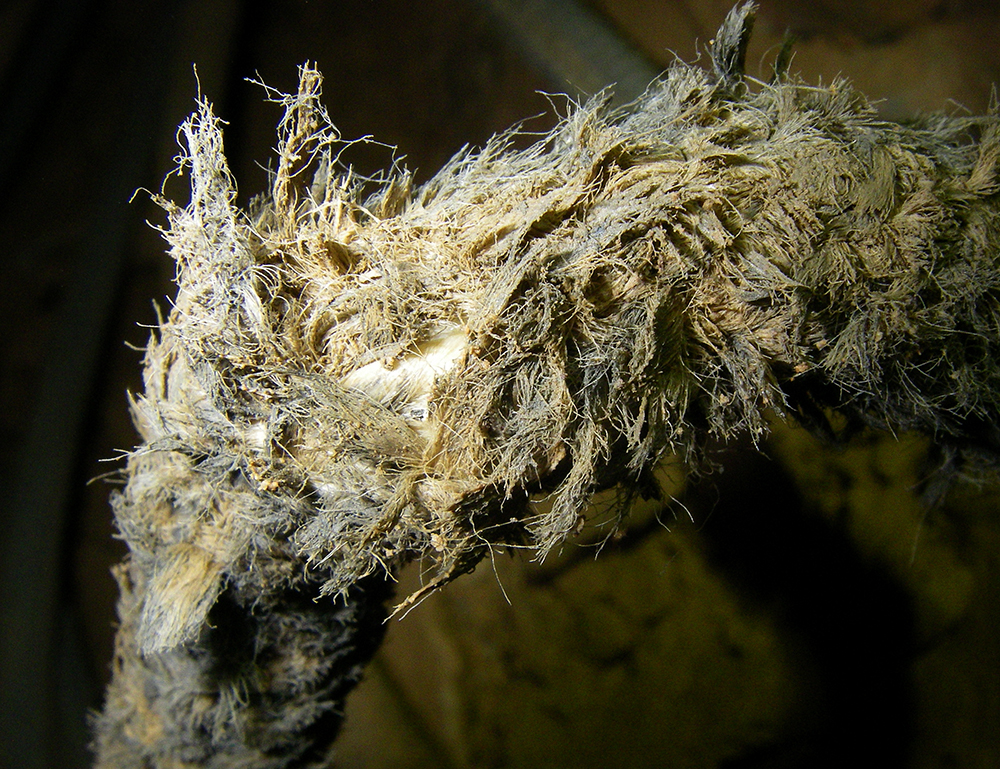 So on our way into Memorial Day Cave, we planed on replacing a rope that was very well worn. I found this core shot in it.

Heather Jordan was with us on the trip and was the first one to rappel down the replacement rope on the 50-footer. 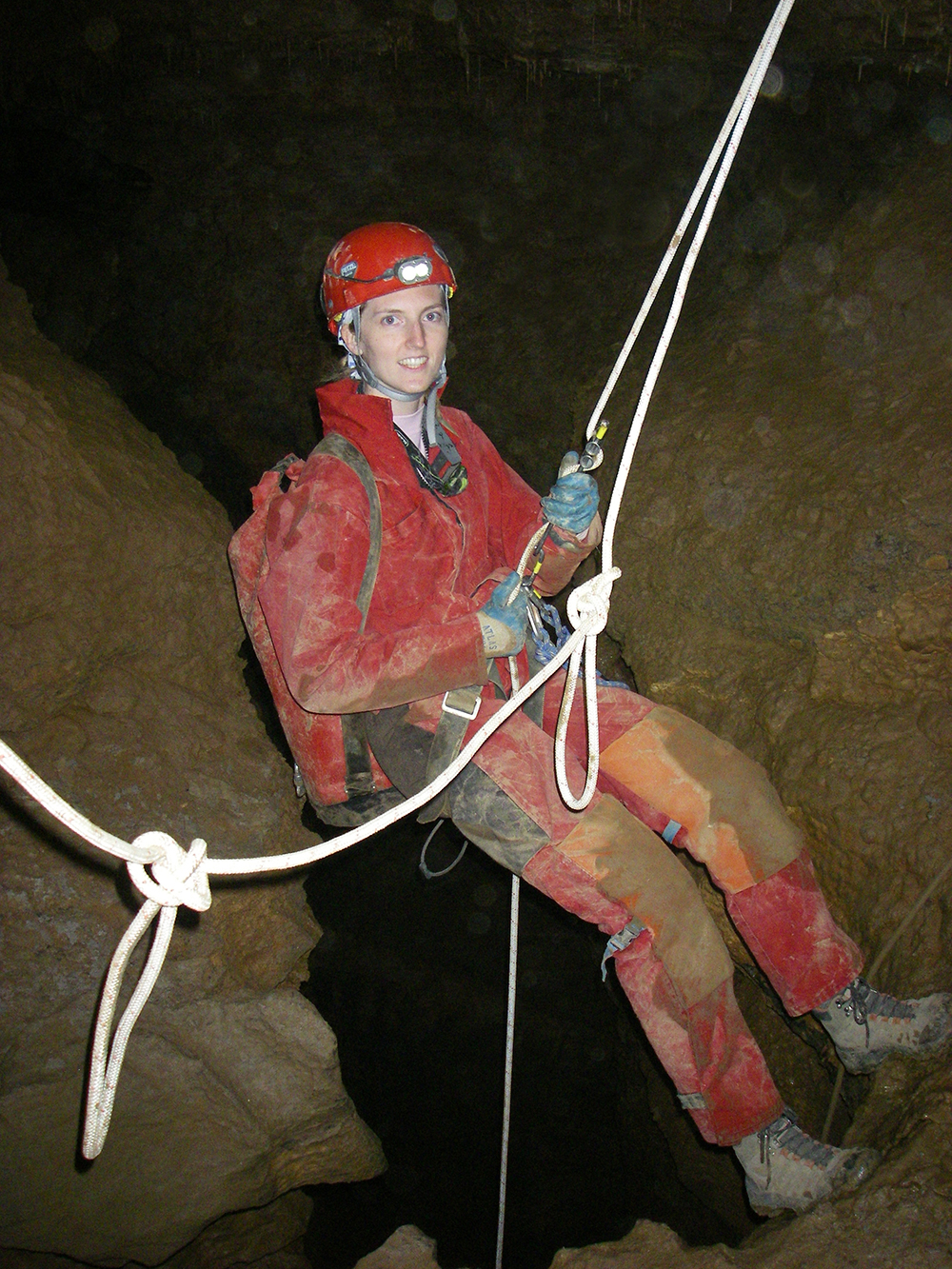 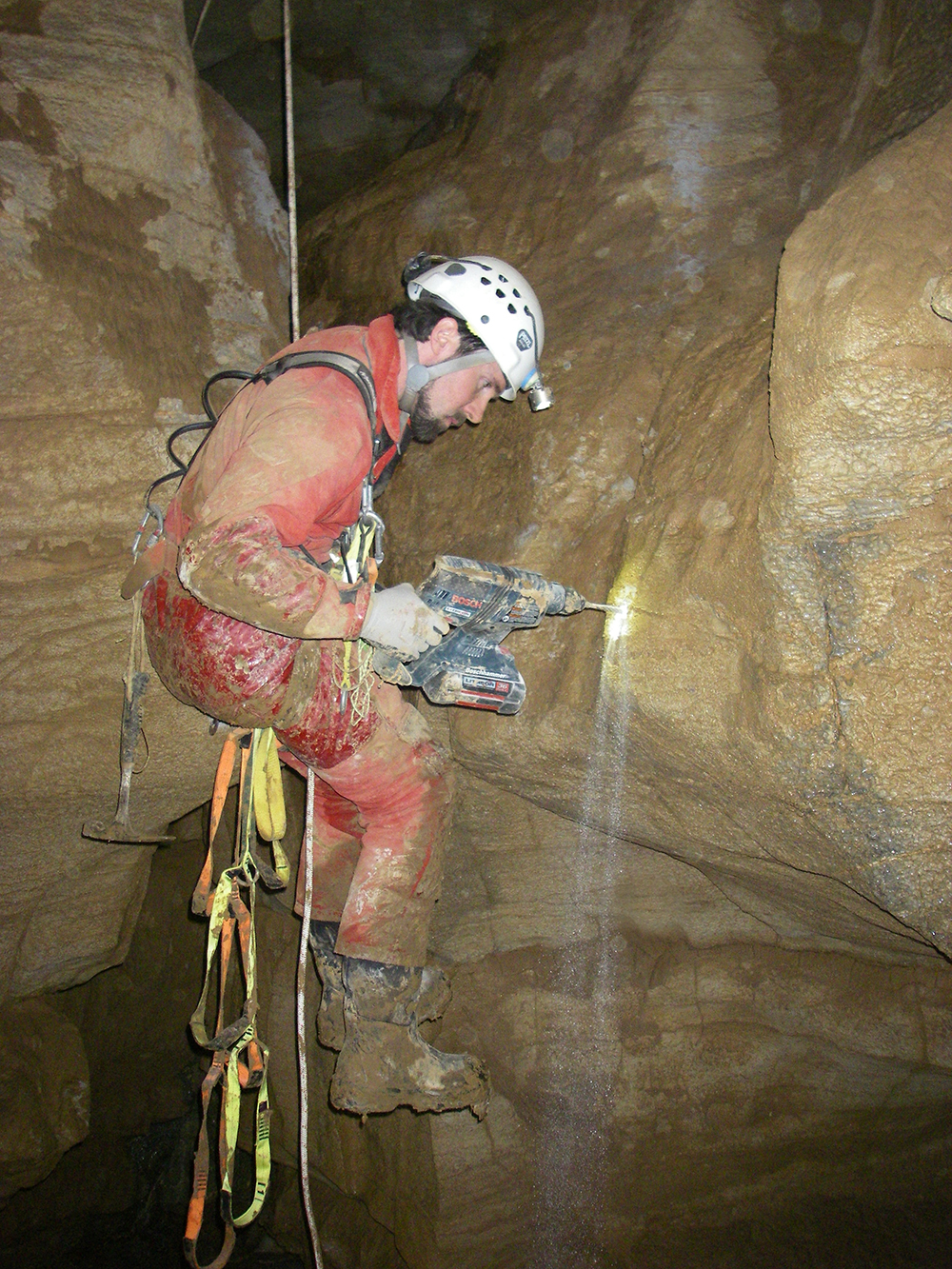 Here Chris bolt climbs up the small drop in the Cobble Room. Trip report below.

Saturday morning Chris Coates and I stopped by Stacy Waggy and Heather Jordan’s house to pick up Heather for our day trip into MDC. After breakfast at the Gateway, we swung by the field-house and dropped off the 1,000 feet of Highline minus the two short pieces we were going to use on the day’s trip. We got underground around 10:30 a.m., and our first goal was to replace the rope on the 50-foot drop before the Puppet Buster. The rope was in rough shape and needed to be retired. We had been keeping an eye on it and had noticed that there was a soft spot a little under half way down the drop that had been gradually getting worse over the last six months.

We had cut a 100-foot piece of rope for the job, which ended up being about 10-15 feet short, to replace the drop and traverse line. So we ended up using the current traverse line and replacing the main rope. We set aside the bad end of the rope on the ledge near the drop and I took some photos of the core peaking through the sheath in the soft spot. Next month, I plan on bringing the rope out so we can put it on the wall in the fieldhouse with the other bad ropes.

We then continued on to our lead in Ripple Way at a leisurely pace. The 400-foot crawl at the bottom of Fasten Your Seatbelts Pit was rather difficult with our muddy vertical gear and bolting items. We stopped to refill our water bottles at the watering hole along the way, which was flowing nicely this month.

After arriving at our lead Chris started his aid climb in the Cobble Room (LAL23) around 4 p.m. Once up, he rigged the short drop with the new 40-foot piece of rope and cleaned the route. Then I climbed first up to the passage and the rest followed. We caved for about 50 feet, which was trending upward in the curving passage until it got tighter. There were both muddy and clean-washed areas in the passage along with some air flow sucking into the cave. I took some photos and since I was not feeling very well and Heather was tired, we decided to wait until next month to survey and push the passage, with small thoughts in our minds. 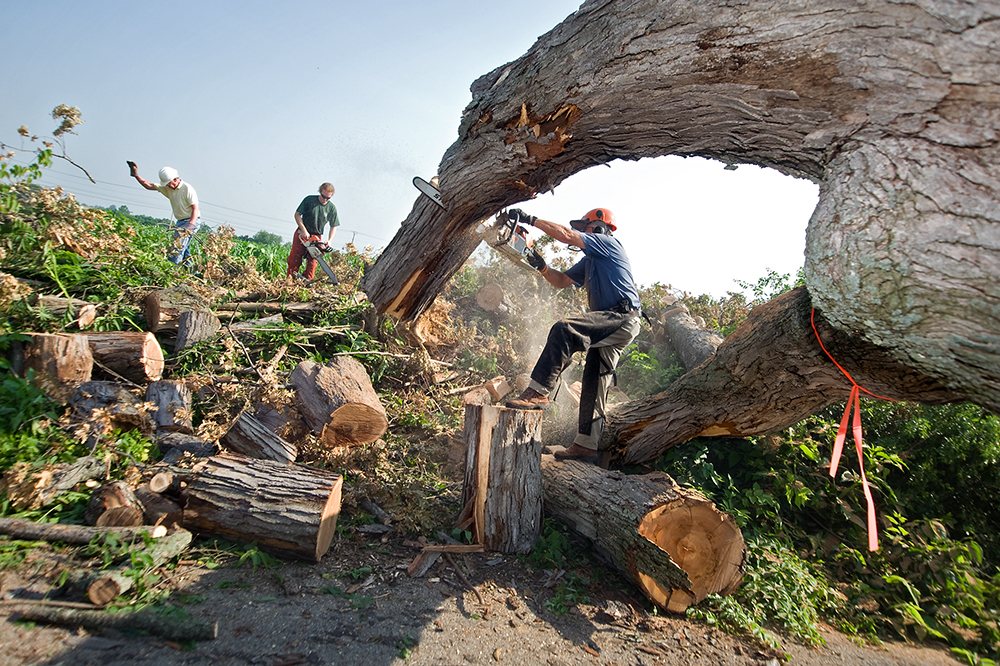 Woodturners of the Virginias member Starke Smith of Fishersville makes a cut into the fallen Jackson Prayer Tree. Local lore says that the oak tree near Weyers Cave was used by Civil War General Stonewall Jackson to pray under during the 1862 at the end of his Shenandoah Valley Campaign.
(Nikki Fox/Daily News-Record) 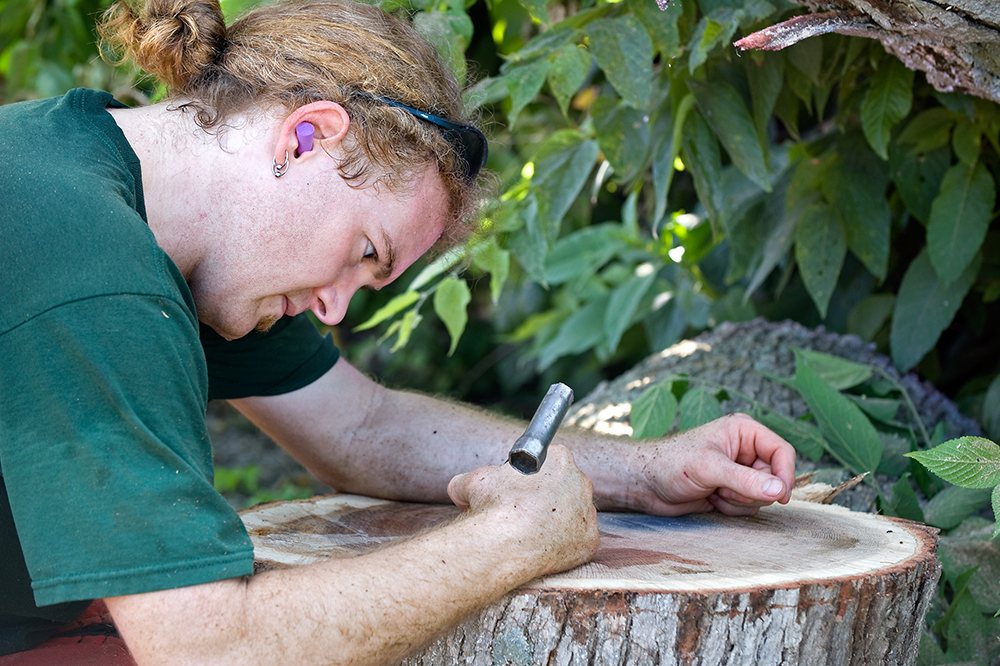 Nathan Hawkes of Charlottesville counts the number of rings from a branch about 15 feet from the base of the of the fallen Jackson Prayer Tree Thursday morning. He counted 204 rings.
(Nikki Fox/Daily News-Record) 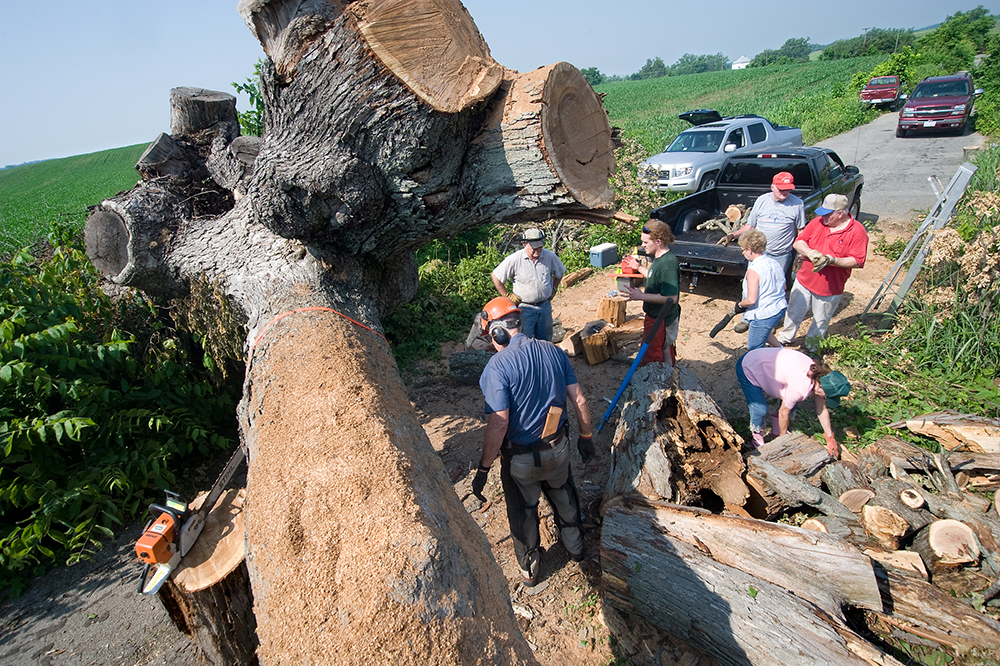 Members of the Woodturners of the Virginias load cut pieces of the fallen Jackson Prayer Tree to haul away. The wood will be used to make items to sell and benefit veterans.
(Nikki Fox/Daily News-Record) 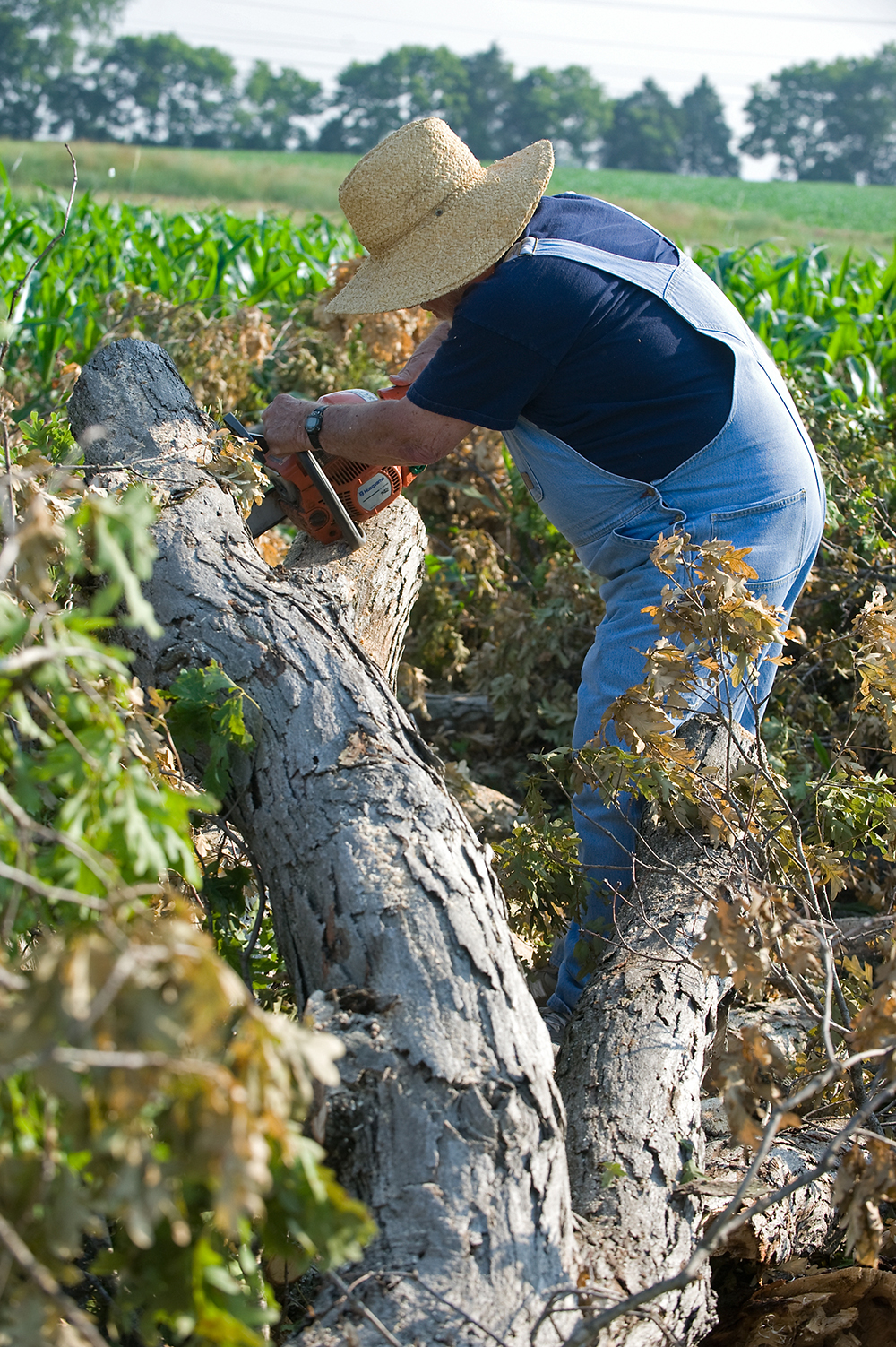 (6/9/11) – (Weyers Cave)
Pete Johnson of Mount Jackson cuts the top of the Jackson Prayer Tree into manageable pieces to haul away the wood.
(Nikki Fox/Daily News-Record) 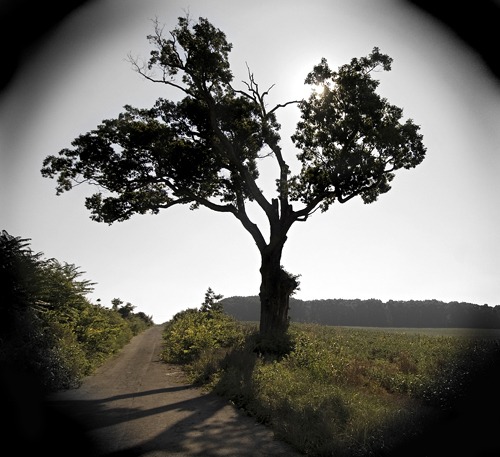 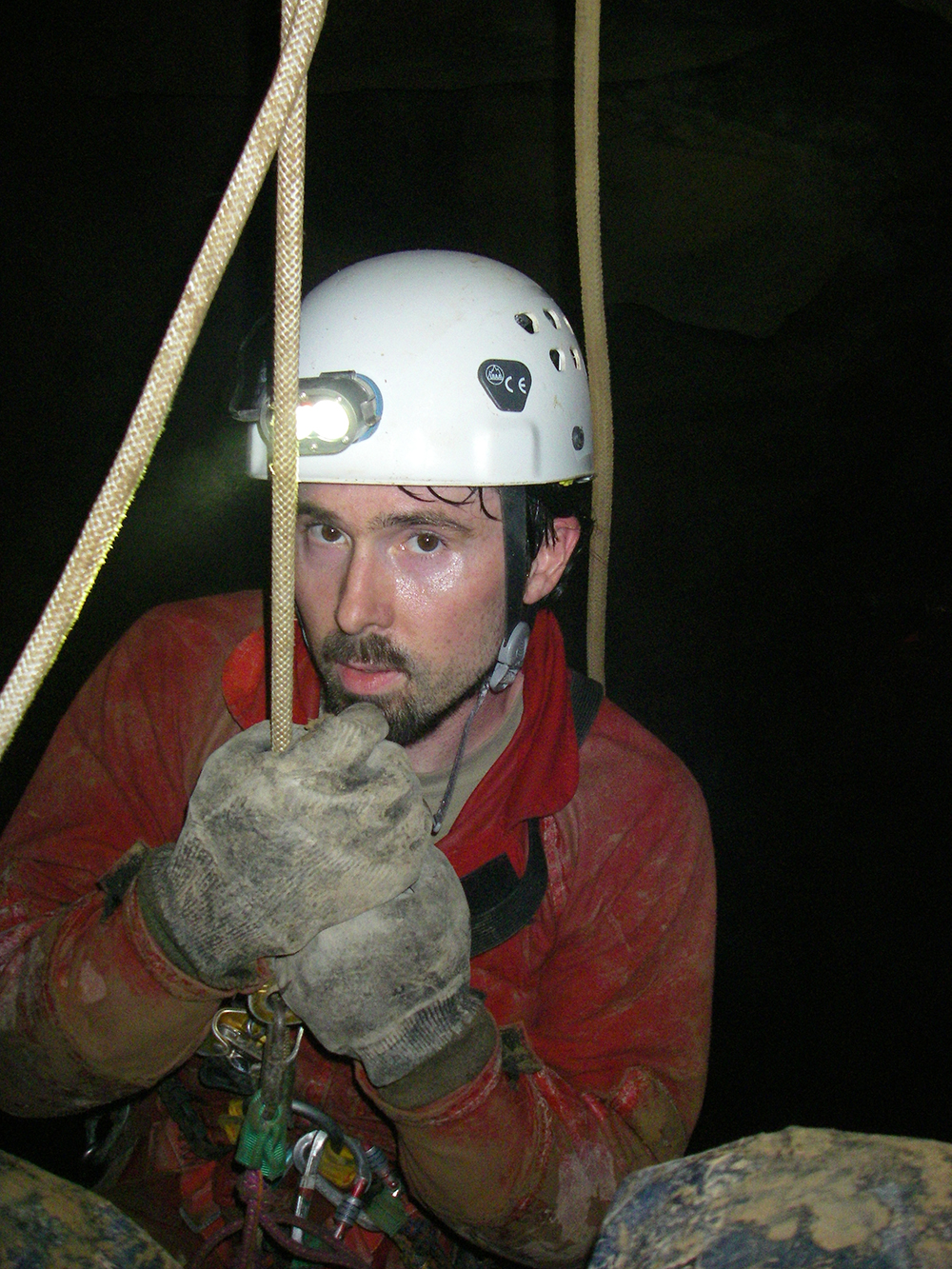 On the final day of our Memorial Day TAG trip, we saved the hardest for last . . . a multi-drop cave with several 100-fotters called Painted River Rock. Here Chris climbs the first drop at 140 feet.