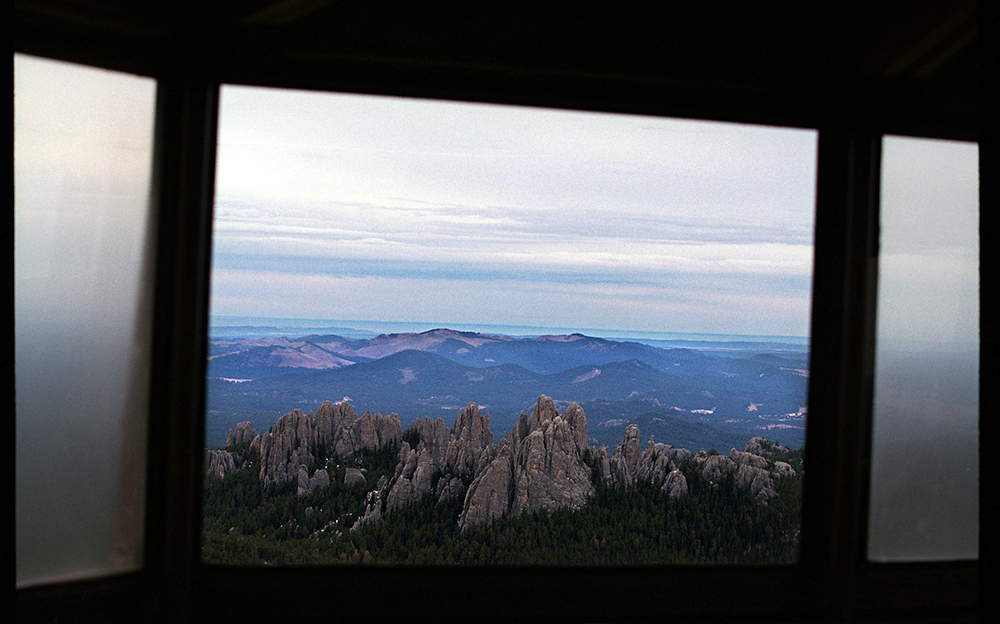 Harney Peak, the highest point east of the Rocky Mountain range. I climb this every time when in South Dakota to honor the Past, the People and my Father.
This is the view from the old fire lookout.

Someone wrote this on the walls inside the lookout station. 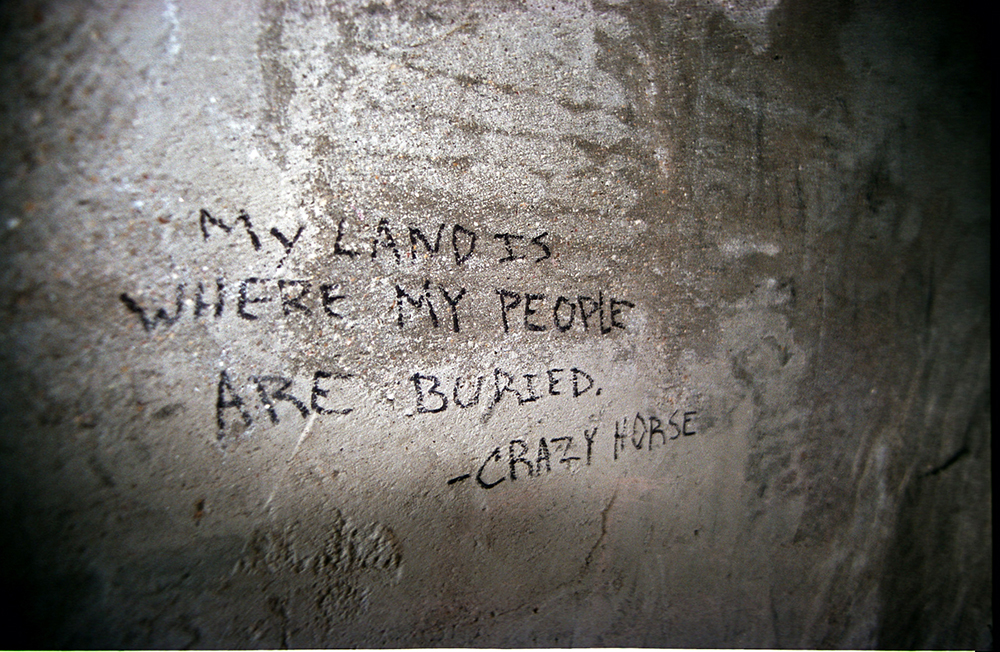 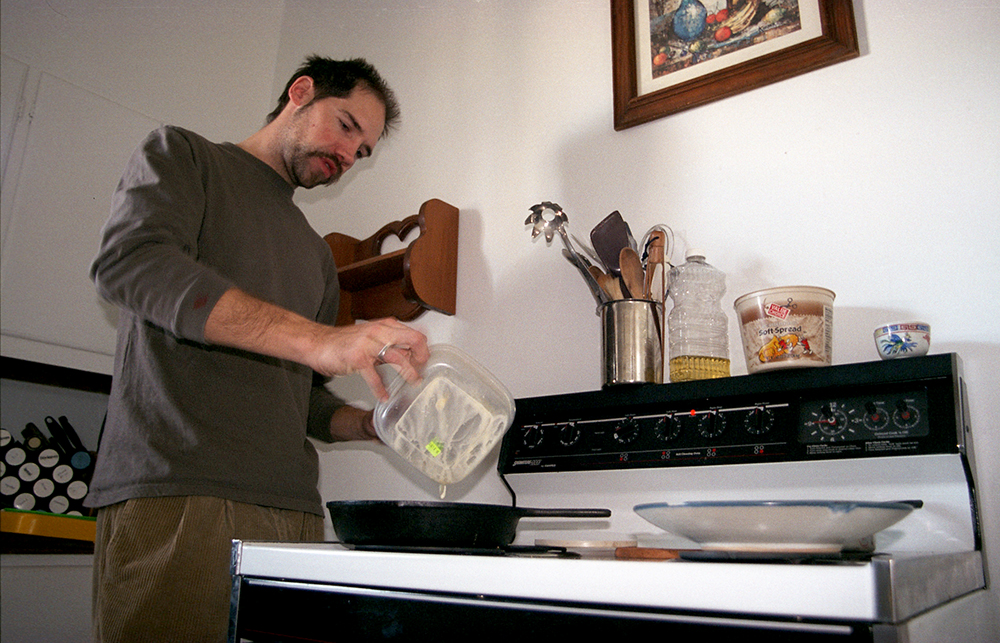 Taking a trip out west to visit friends and family for Xams and also visit the outdoor wonders I miss.
The first stop — to see my only friend from high school, Tim. He’s more like family to me. He makes breakfast at his home outside of Lincoln. Devils Tower at dusk and an hour or so before, with the warm winter light falling on the tower’s columns. 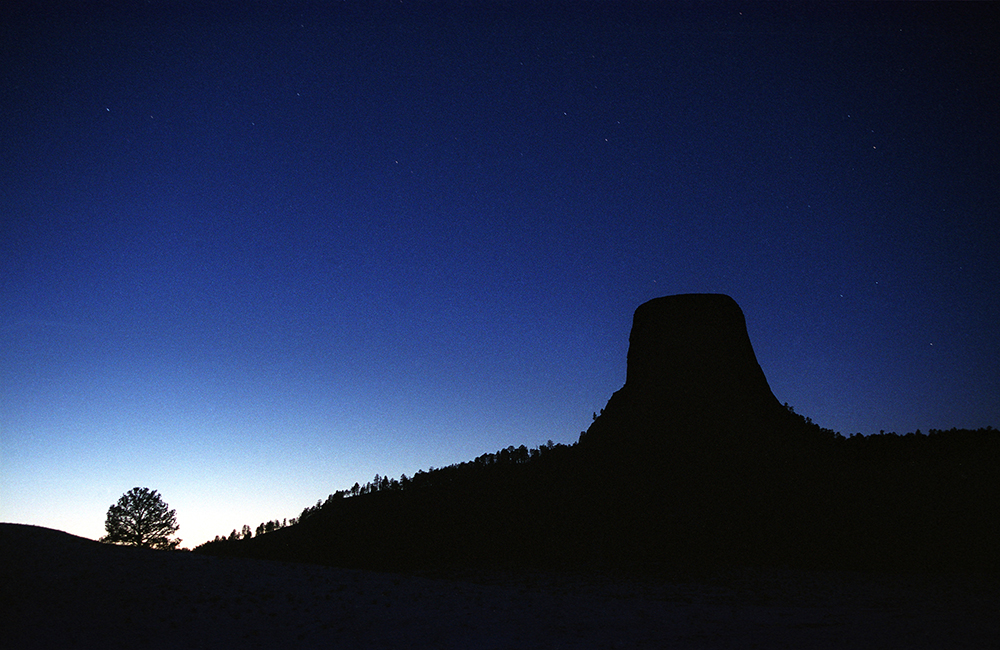 Devils Tower, or what the natives call Bears Lodge, is a beautiful place of my past that I revisit when I can.

It’s always drawn me near… the powerful presence this giant landmark has… which is why any tribe that encountered it has known the place for it’s true awesome energy and incoorperated the lodge in their oral histories.

Out of all the historical ties to the Arapaho, Crow, Lakota, Cheyenne, Kiowa and Shoshone tribes, my favorite creation story is from the Kiowa. It goes as follows:

Before the Kiowa came south they were camped on a stream in the far north where there were a great many bears, many of them. One day, seven little girls were playing at a distance from the village and were chased by some bears. The girls ran toward the village and the bears were just about to catch them when the girls jumped on a low rock, about three feet high. One of the girls prayed to the rock, “Rock take pity on us, rock save us!” The rock heard them and began to grow upwards, pushing the girls higher and higher. When the bears jumped to reach the girls, they scratched the rock, broke their claws, and fell on the ground.  The rock rose higher and higher, the bears still jumped at the girls until they were pushed up into the sky, where they now are, seven little stars in a group known today as The Pleiades in the constellation Taurus. In the winter, in the middle of the night, the seven stars are right over this high rock. When the people came to look, they found the bears’ claws, turned to stone, all around the base. 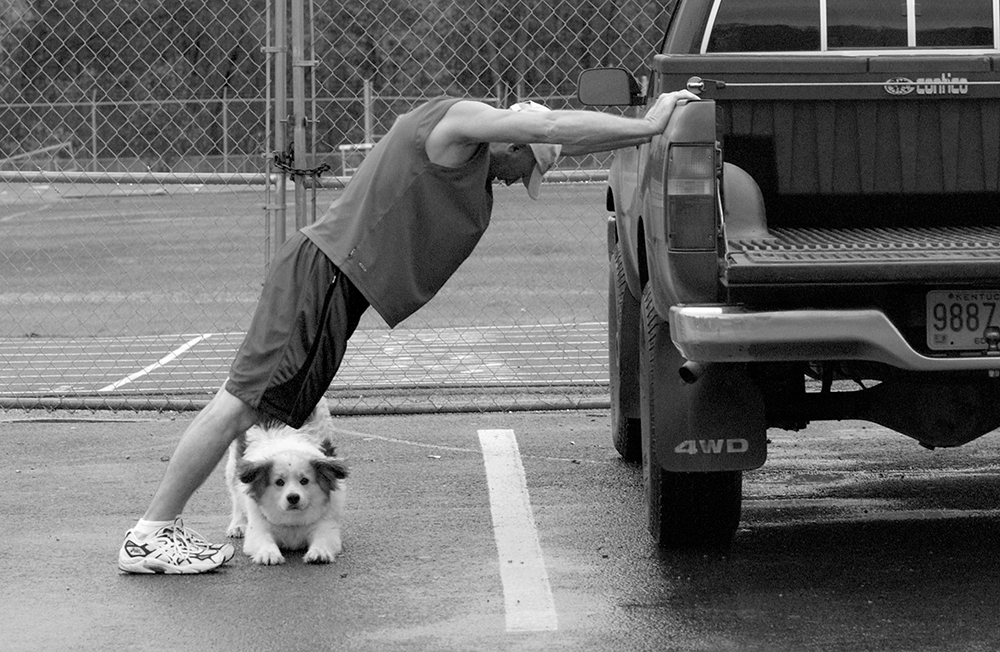 A man and his running buddy stretch before hitting the track. 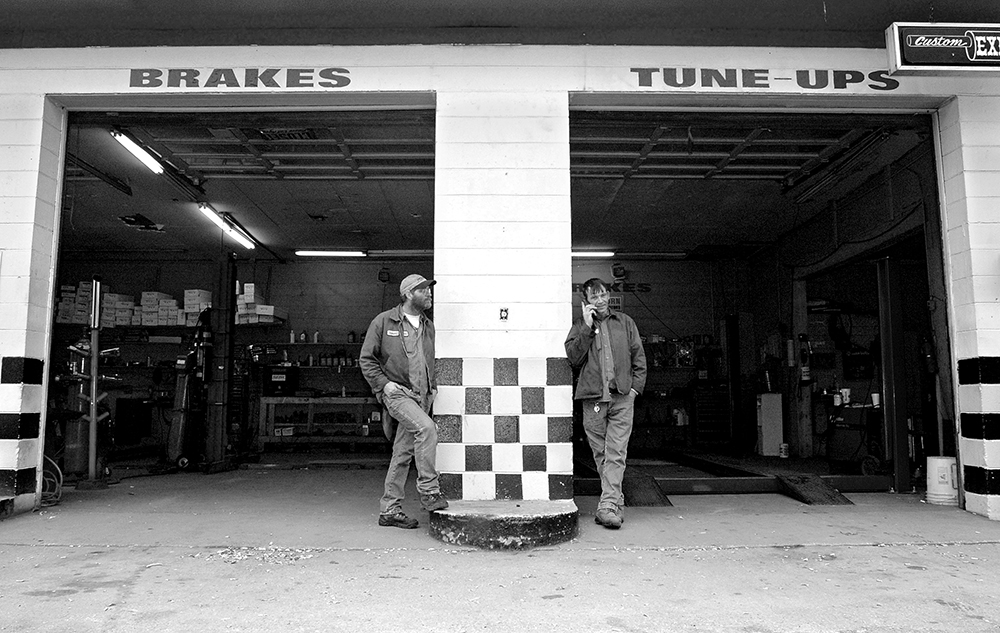 These car repair men simply waiting around at the end of the day to go home. 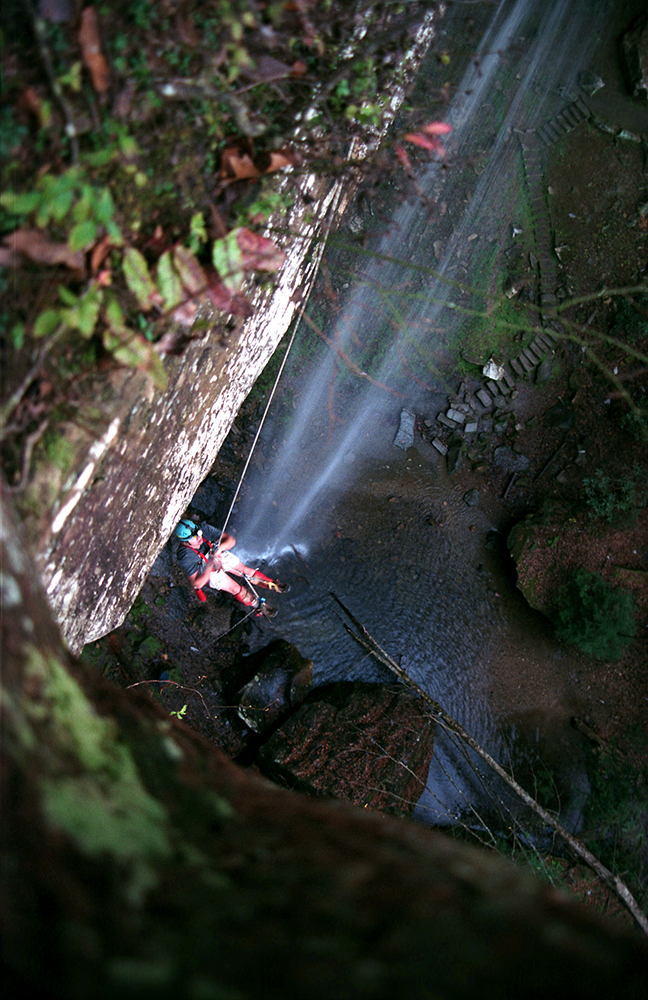 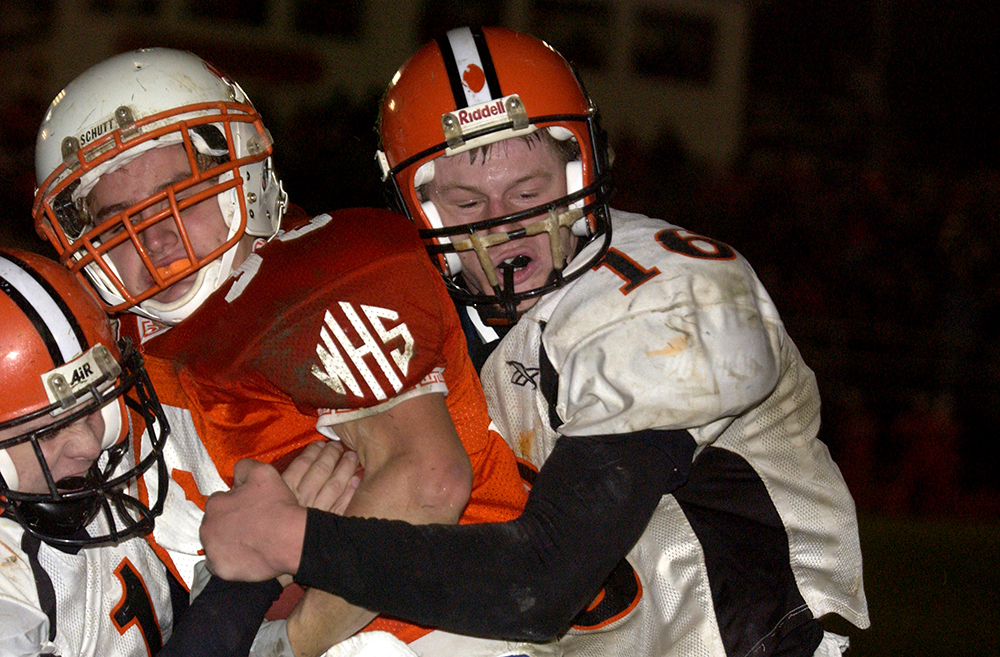 High School football, the standard of every Friday night in America in the fall. A graphic I made for the rising cost of health insurance. This is one of my all-time favorite photos. I snapped this one while hiking up Cumberland Gap to see Sand Cave, which is pictured below. 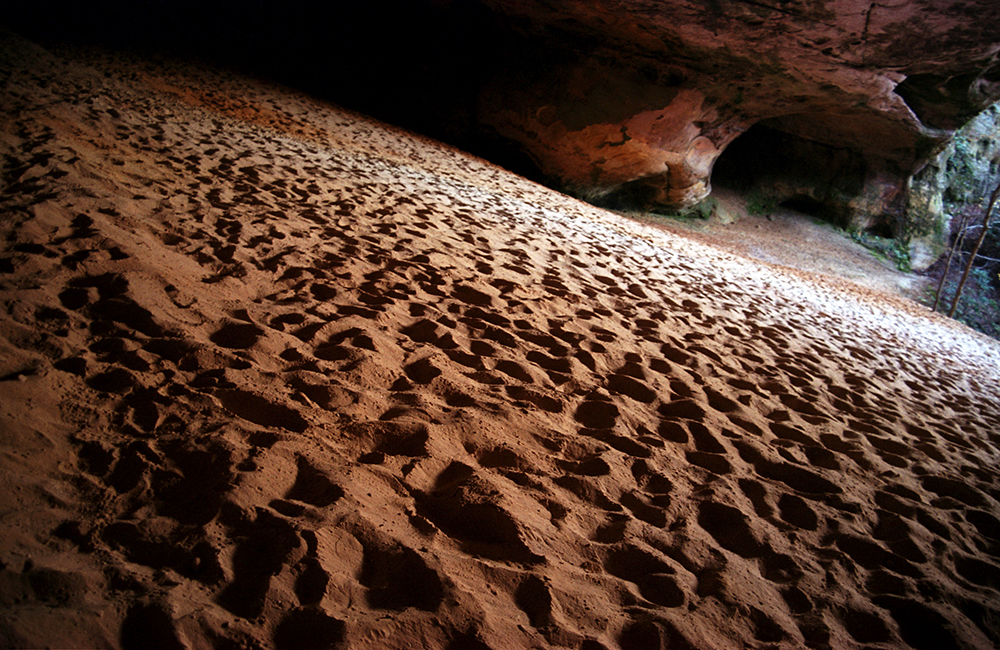 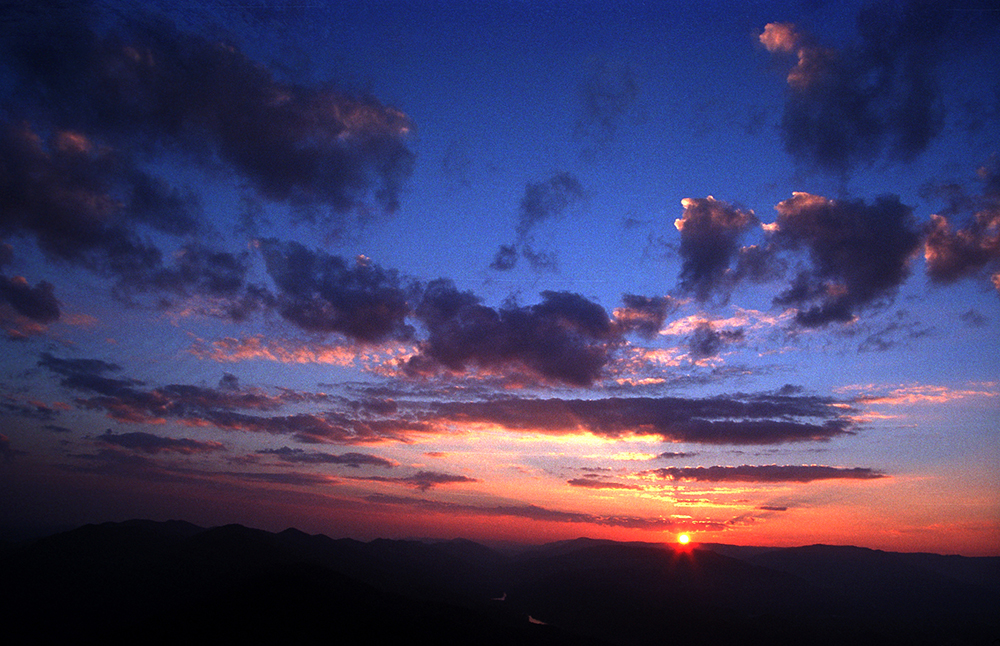 The sunset seen from Cumberland Gap.

And a photo of my feet in two states at one time. I think I veer towards the left, as usual.