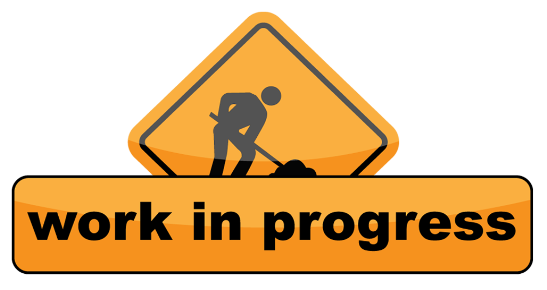 I am currently working on brining back my Image Journal from the grave. Please check back often as updates will be ongoing for several months.

These are the following years that have been completed as of today . . . 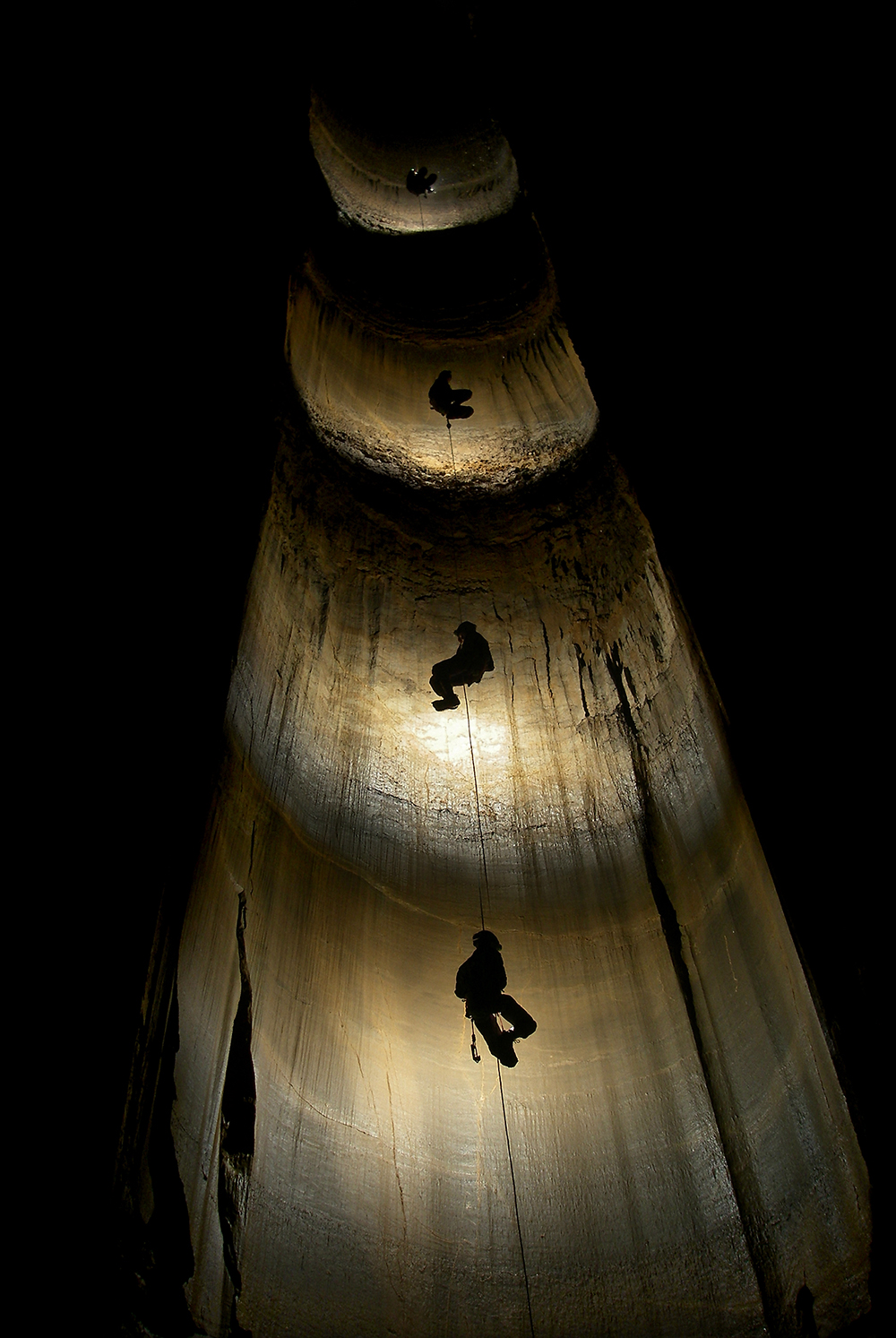 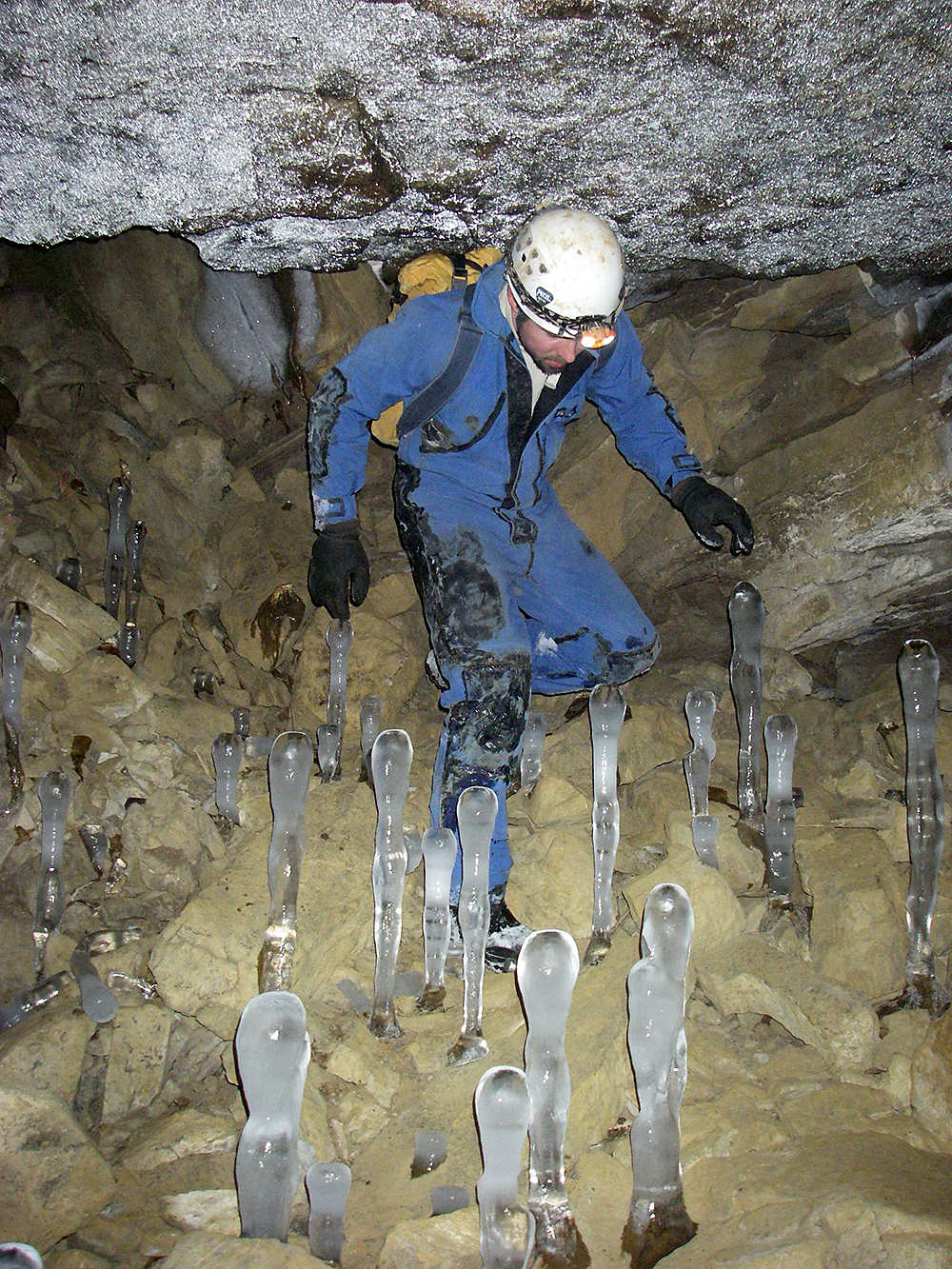 Chris in the entrance of Crossroads Cave during a tourist trip. 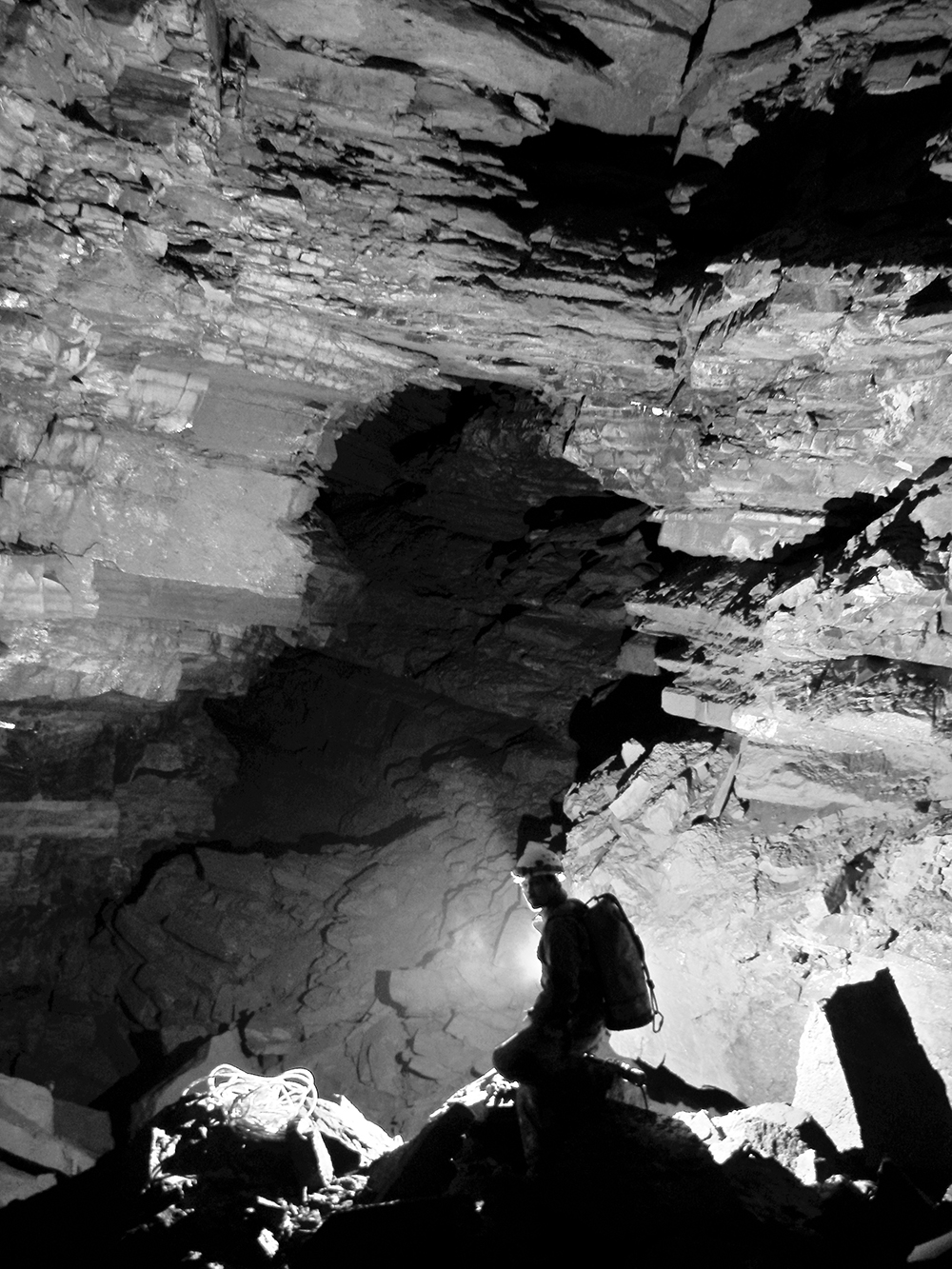 Chris Coates and I had a trip into the newly-connected Hellhole to drop off camp supplies.

Below he stands in Silent Stream. 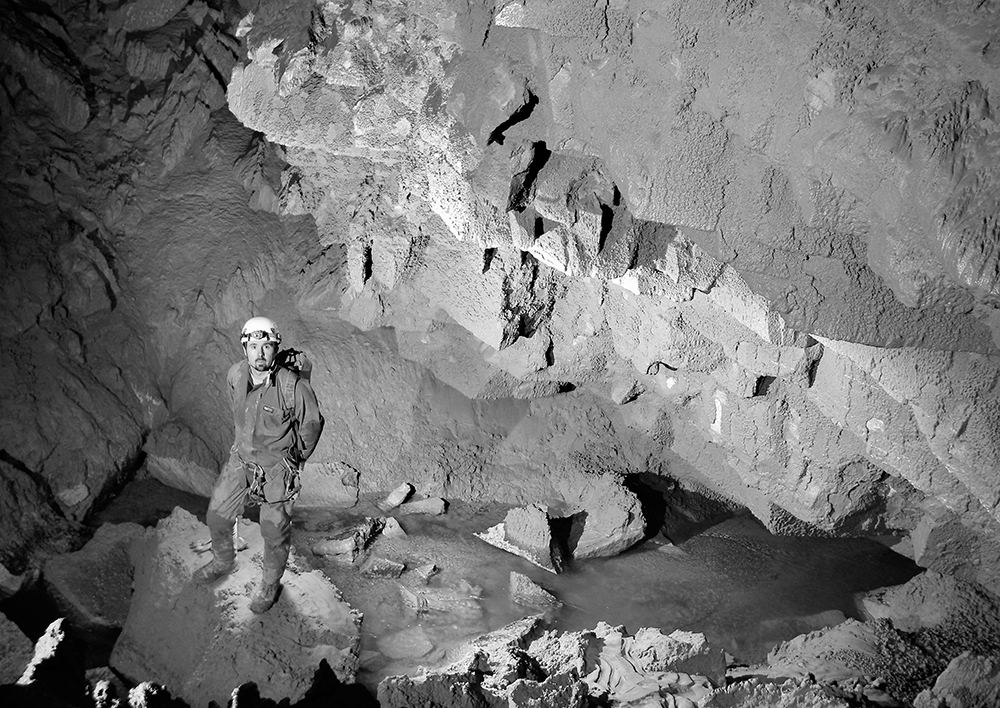 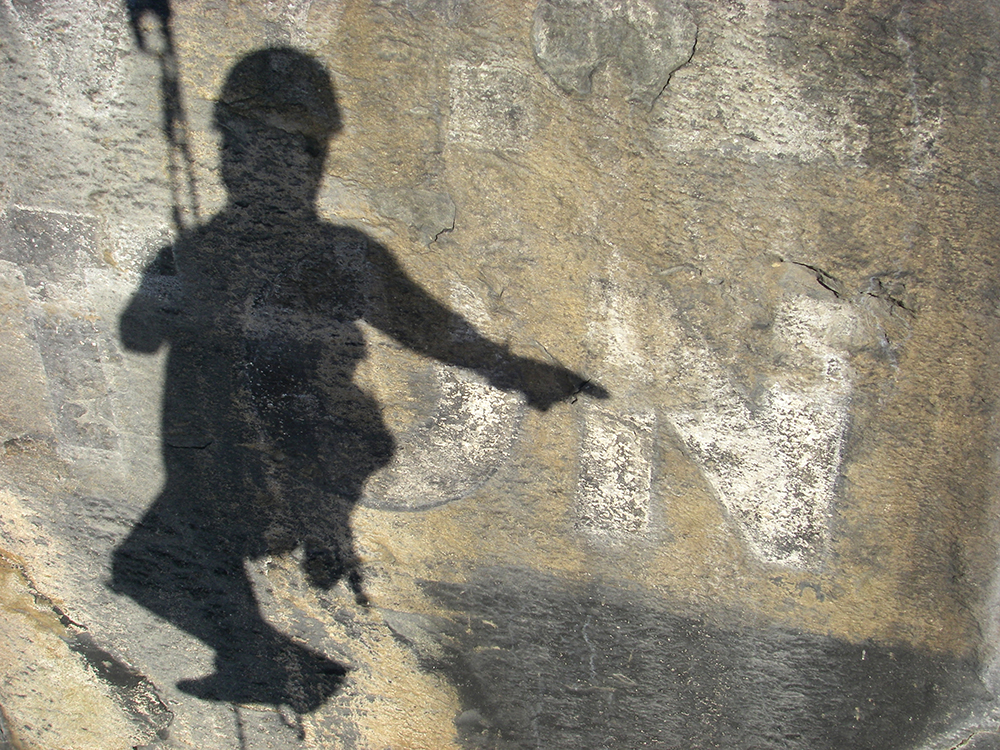 Spent my 34th birthday rappelling the 250-foot rock Maryland Heights at Harpers Ferry with Chris. I was a beautiful day!! 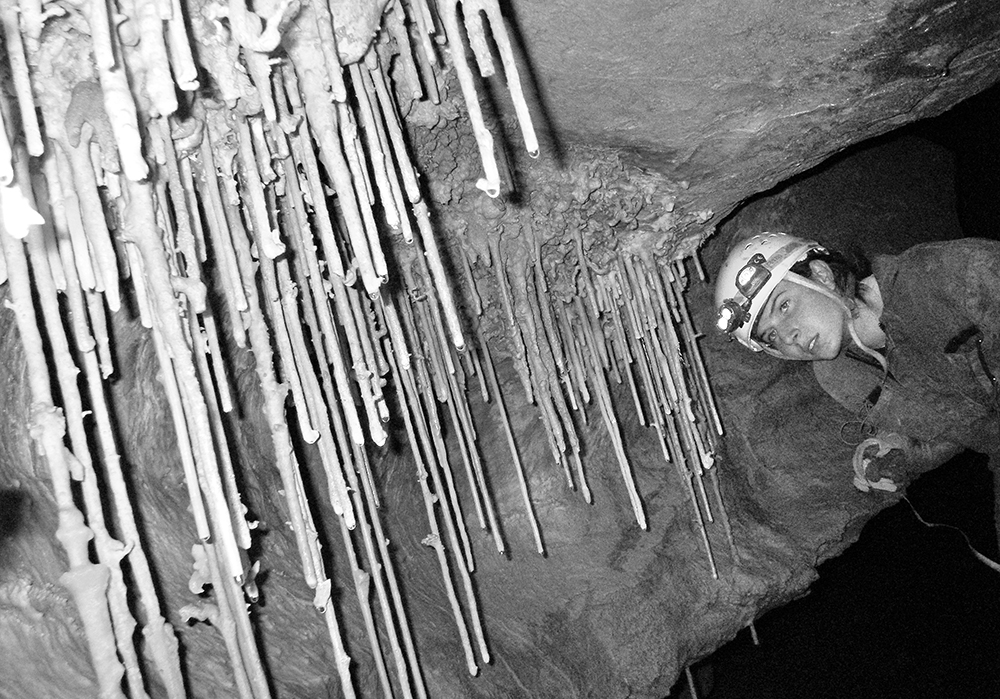 Abby Hohn admires a row of 2-3 foot-long soda straws in the Starlight Passage of Memorial Day Cave during a survey trip.

Chris Coates and I met up with Abby Hohn at the fieldhouse on Saturday morning for more surveying of the western end of Memorial Day Cave. With Abby’s Sunday work schedule and me just getting over a 2-week stent of loosing my voice and having congested lungs, we pretty much decided before entering that our trip was going to be a short one in comparison to our previous trips, which often averaged 16 hours underground.

Our destination was to return to the Starlight Passage and continue surveying the borehole that we abandoned due to time in September with Kurt Waldron and Heather Jordan. I brought my camera again to get some photographs (love the new big pack). Abby and I worked on making some images while Chris started the survey sheets. Chris wanted to learn how to sketch, so after I gave him a crash course and some pointers the night before, he was on his own. Unfortunately, I did not work as efficiently with Abby as Chris usually does. Several times he had to reshoot a shot for us, which slowed our survey down.

After 200 feet in the Starlight, the passage pinched down and beautiful white sodastraws grew everywhere. There were a couple of massive sodastraw piles in the passage. I’ve never seen huge piles like it before! The passage appeared to continue ahead, so I pushed the crawl. I had to dig the floor out and push the muddy gravel aside to continue forward. I was trying to reach a spot that looked like it opened up and possibly took a left. After about 20 feet I reached this “room,” which turned out to be nothing more than a tiny space that was 1.5 feet tall, rather than the 6-inch-tall crawl I was in. I made the station LAH5 in this little room. I did not bring my instruments with me in the crawl, so Abby just shot twice from LAH4. I tried to turn around in the small space, but was unsuccessful after several minutes of wrangling about. Finally, I had to give up and back out of the crawl. When looking further into the small passage, it is hard to tell if it kept going or not. It does pinch down pretty small. One thing for sure: that if someone wanted to push it, digging would be involved.

So after we pushed the main Starlight Passage to the bitter end we decided to stay in Starlight and push the other multiple leads we passed by. The first one we tackled was a crawling lead near LAG21, which was going north. When hunching down and looking into the passage, it looks very promising and large. Upon entering, you crawl over very muddy breakdown into a small room where we made station LAH7. From here, heading northeast, the passage quickly tapers down into another crawl. Only after a couple of shots I was again in a tight crawl where I could not turn my head. Again, I placed a station (LAH9) and Abby had to shoot the frontsight twice because I could not move. The passage continued, only to get smaller and smaller. There was a little air, but not much. Back at LAH7, we crawled up a slope and found ourselves back into the Starlight Passage. We tied into the LAG19 station on the opposite wall because LAG20, which was on the left, could not be easily seen.

We walked back east through Starlight, down the large muddy slope to our next lead: the northwest stooping passage at LAG15. Again, this passage looked very promising. It was sloppy muddy with more breakdown. I found little rat footprints all over the passage, as last spring in the original crawling route to the western end. I documented a few of them with my camera before anyone else entered, knowing they would be instantly destroyed. After station LAH12, the passage tightened and for the third time of the day I was in a tight crawl. I had to take my helmet off to push past a ledge sticking out of the ceiling. The smaller the passage got, the more decorated it became with sodastraws and helictites. I made the last station at LAH13 again unable to make a shot due to the position I was in. The passage, which was about 10 feet wide, turned in a hard right and shrank to about 5-6 inches tall. It was highly decorated and continued. I could not see and end. I retuned to Chris and drew the passage in the sketch.

It was about 6 p.m. and we were going back to the Bison Room for a snack before heading out. En route, we passed by a lead we decided to check out at LAG12. It was a walking lead going southeast, which turned out to be a mud hole. It was a challenge to stand up and not slide around while making our shots! After making a couple of turns, it became tighter to a hands-and-knees crawl. Around station LAH16 I noticed a hole in the floor on the left-hand side. I dropped a small rock down, and could tell this was a significant pit! Looking through the hole, I could tell that we were crawling on a false flowstone floor above this pit. I was not too happy about this and pushed ahead, only to notice a rope hanging from the ceiling. It appeared we made a connection to the top of Fasten Your Sealtbelts pit! Once we tied the survey into LAF4, we made our way back to the Starlight Passage to connect in another hole in the floor. We tied in LAH15 to LAG11. Then we finally made our way back to the Bison Room for a snack.

We started heading topside around 8:30 p.m. Abby took the lead out, as Chris and I followed. I was moving at a really slow pace since I was having trouble breathing. We caught up to her at the 125′ climb out of Columbia Canyon, but from there she scooted out rather fast. She was already gone at the fieldhouse when we showed up, on her way back home to Morgantown for work Sunday. 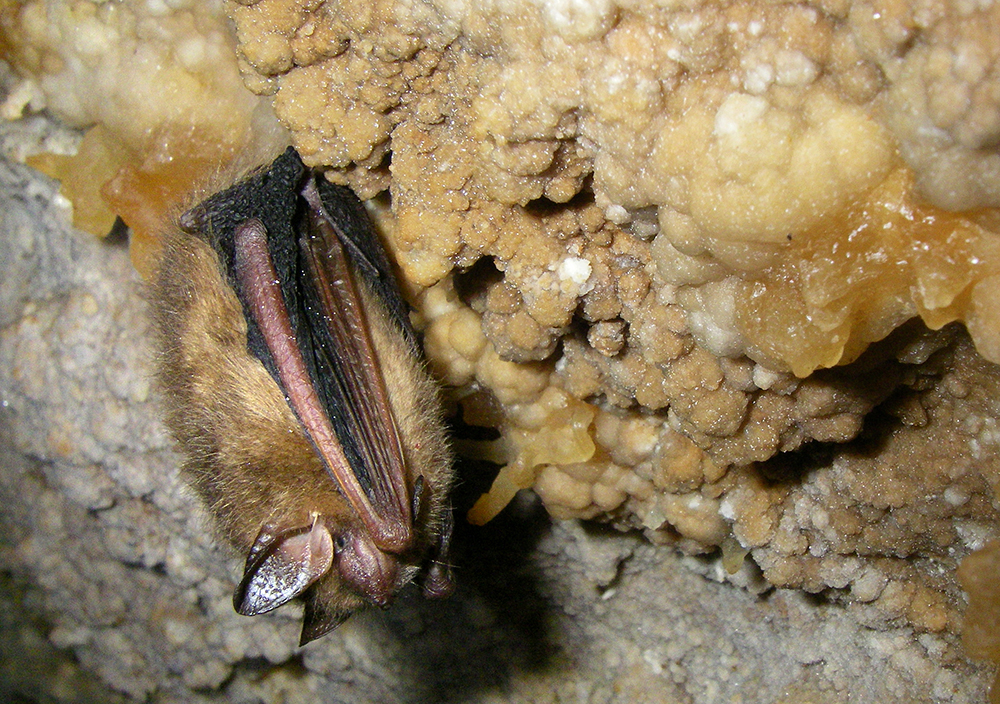 And we found a WNS-free bat!! 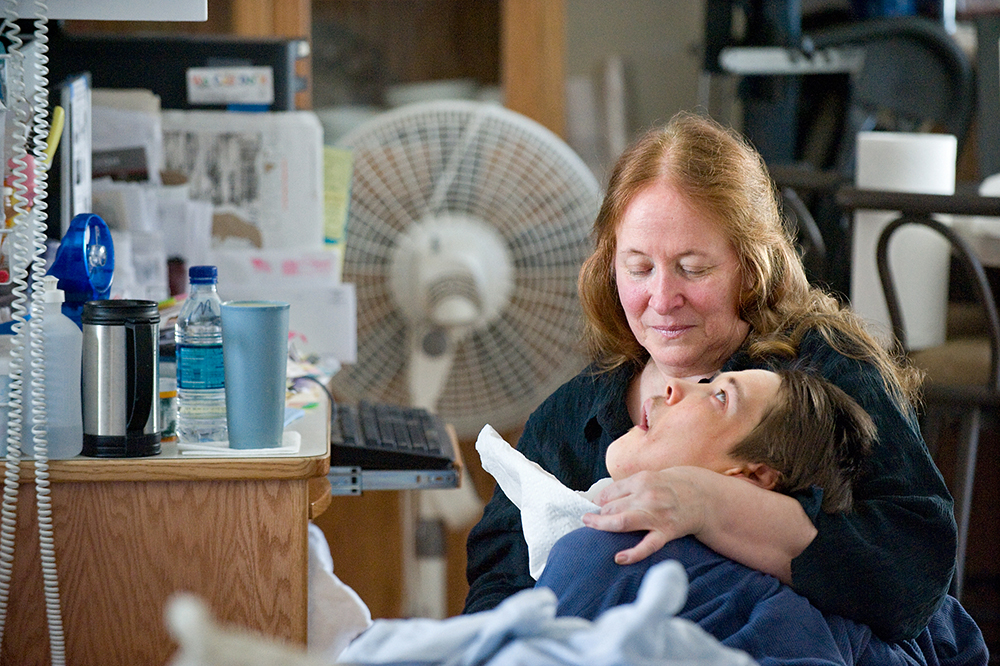 I spent some time today with Virginia “Ginny” Mays today. She takes care of her 34-year-old son, Jason, 24/7. Area churches, organizations and people donated nearly $80,000 to build a home to accommodate him, who is permanently disabled.
(Nikki Fox/Daily News-Record) 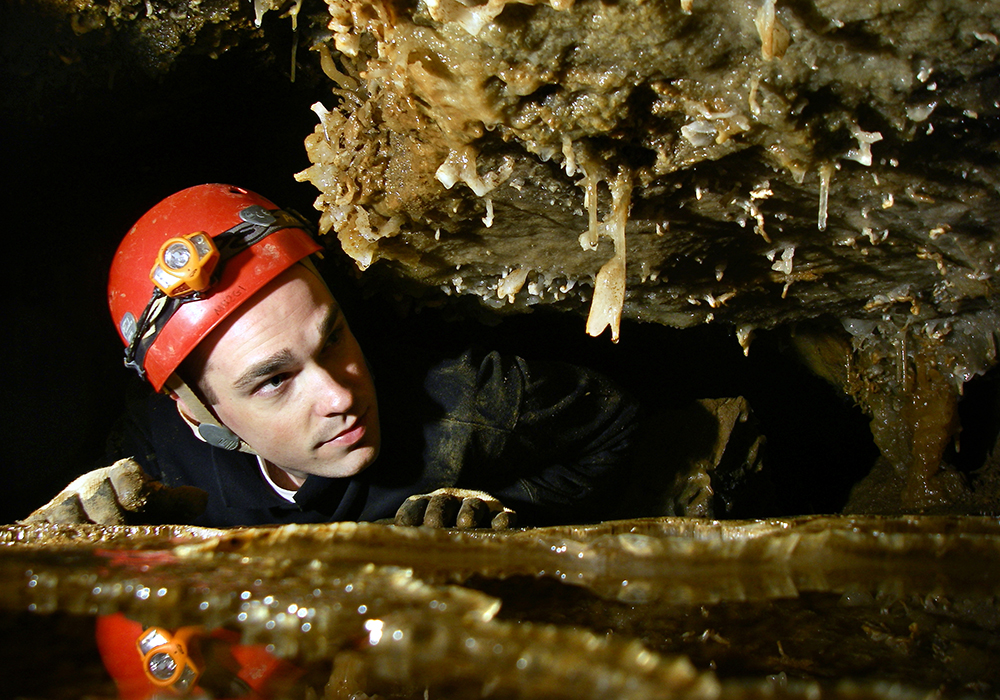 I led a sport caving trip with some of my co-workers at the newspaper. I do this every couple of years or so . . . this time it was with reporters Doug Manners, Tim Champan, Josh Brown and Patrick Cooley in Allegany County’s Paxton’s Cave. Here is Doug admiring some dog-tooth spar. 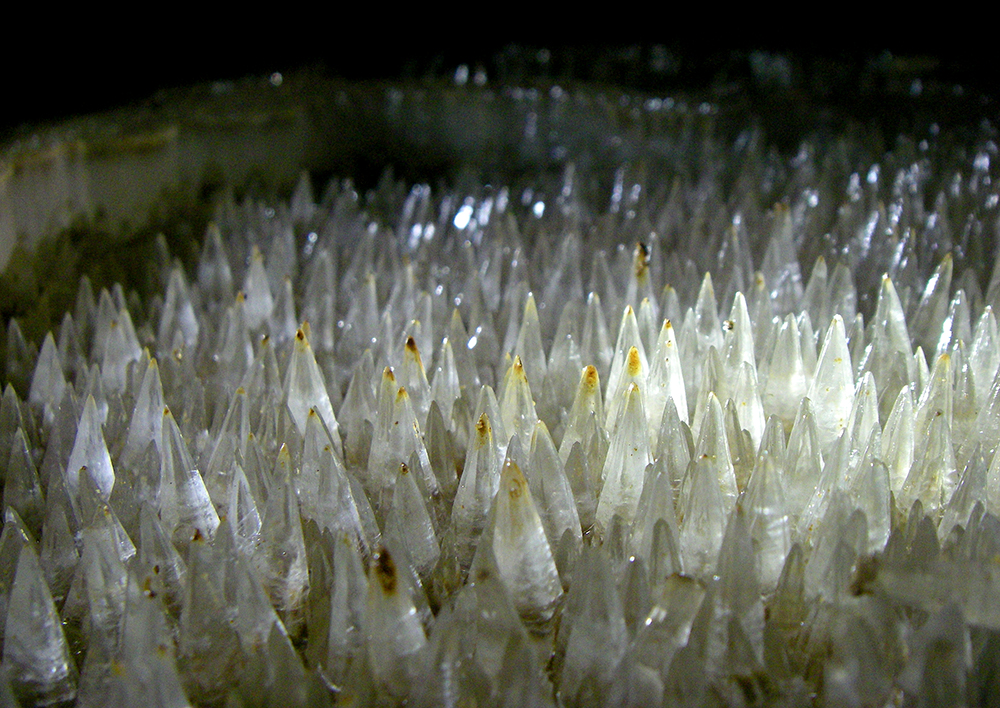 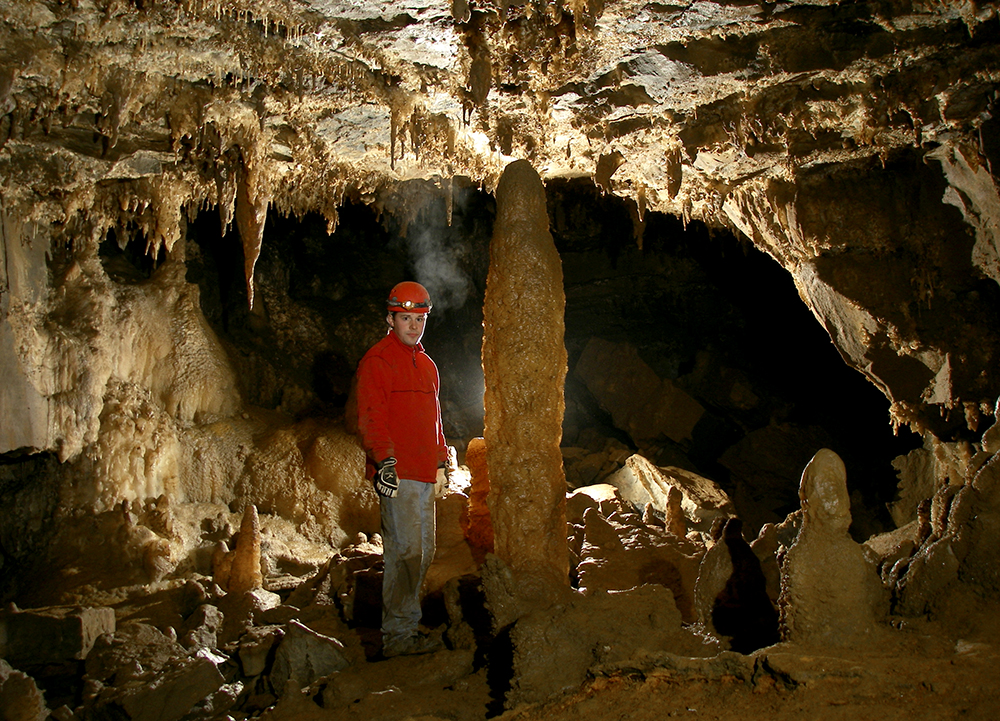 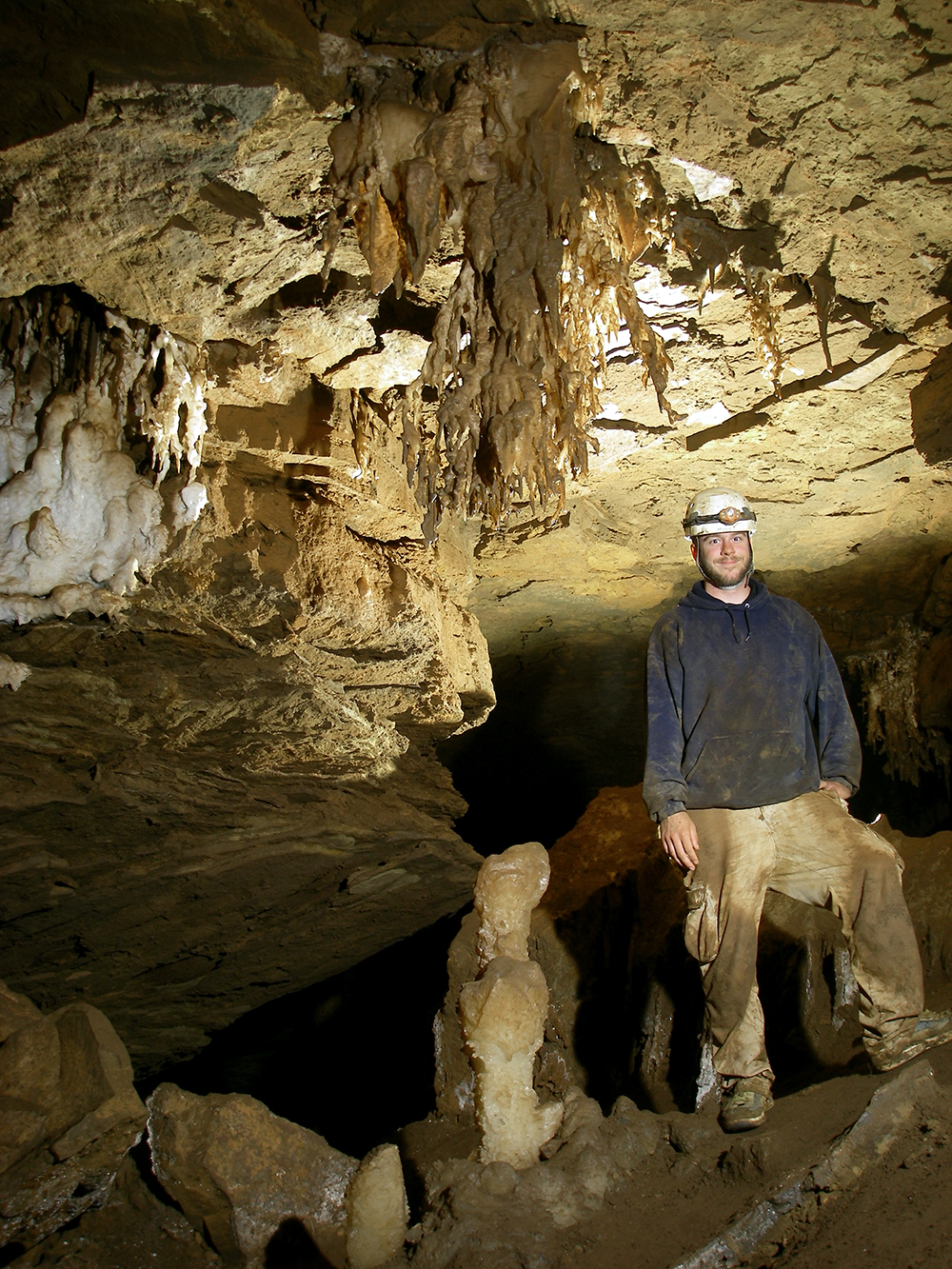 Tim stands next to the beautiful formation named the Christmas Tree. 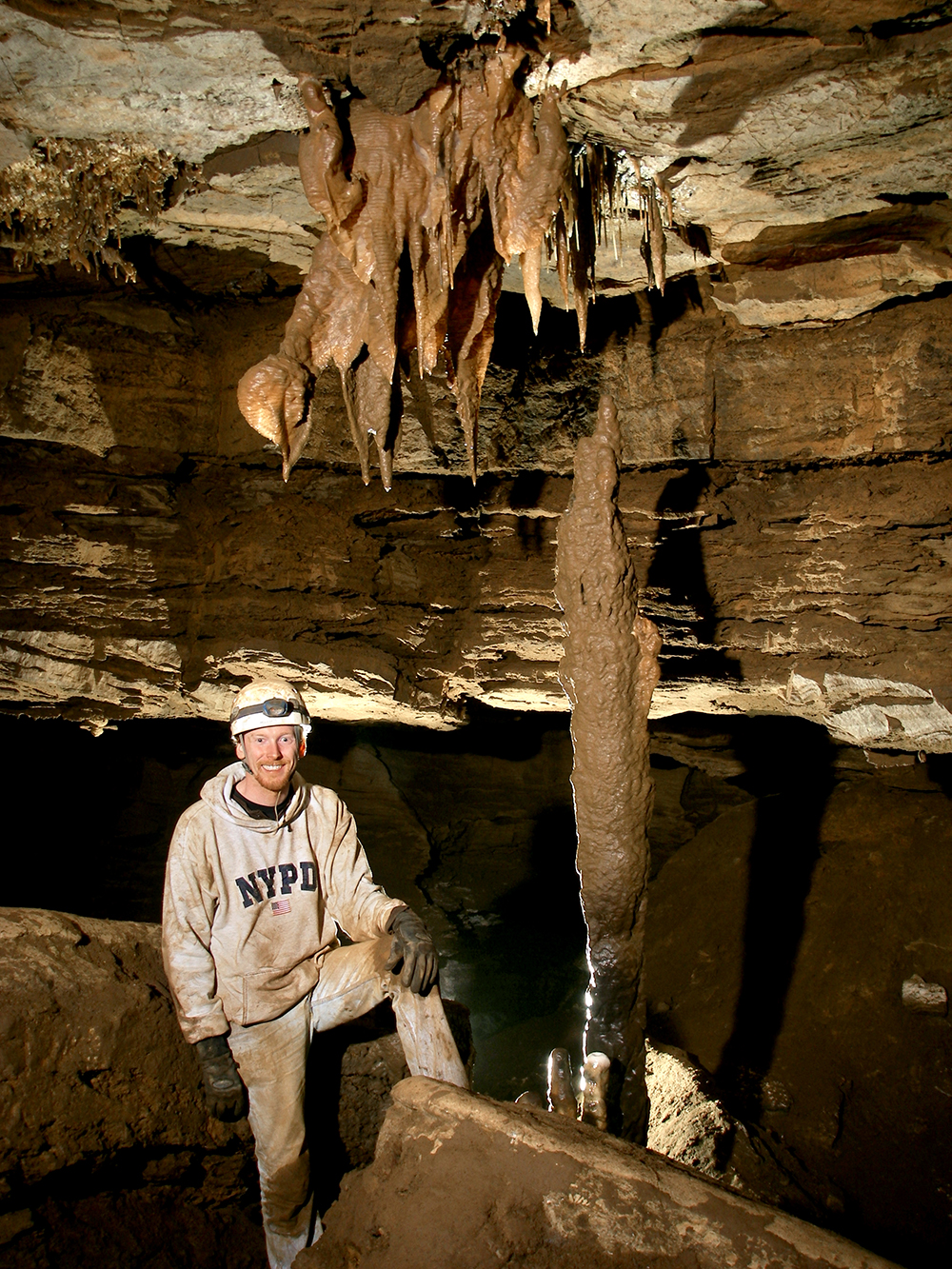 Josh stands next to some typical formations in the upper level maze. 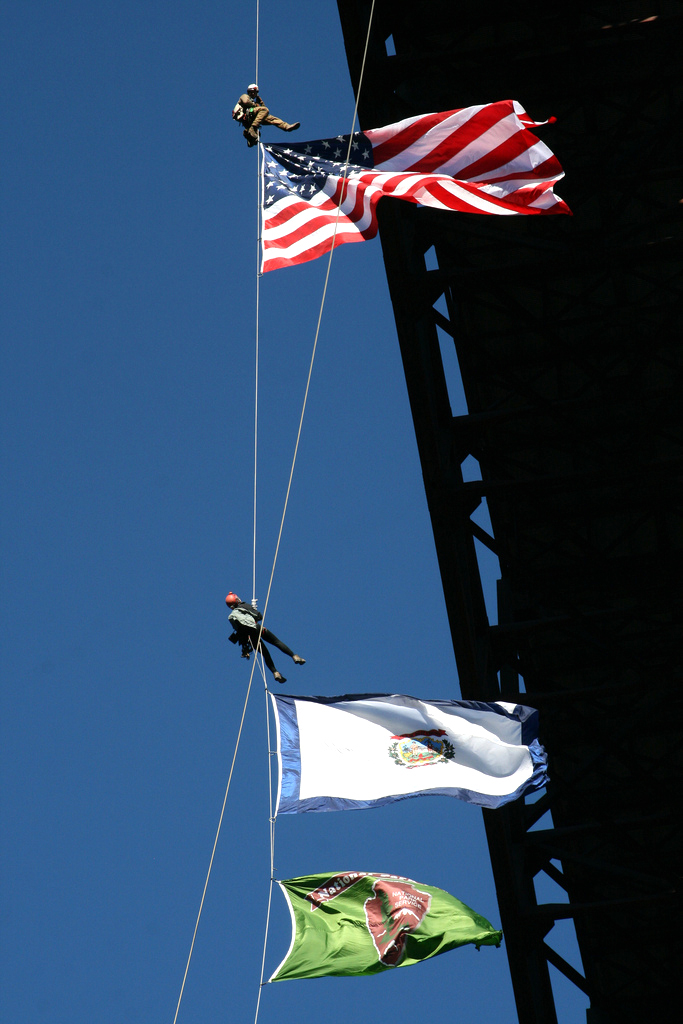 Another year, another Bridge Day!
This year was special, since Chris and I got to lower the flags in a tandem rappel! I was on the bottom, with the Park Service and West Virginia flags. Chris was on top with the American flag. It was a beautiful day, no rain, and I got in 2 rappels, 1 climb and the 1 tandem rappel with flags. For more images, go here.
Thanks to Ellen Hofler for this image of us. 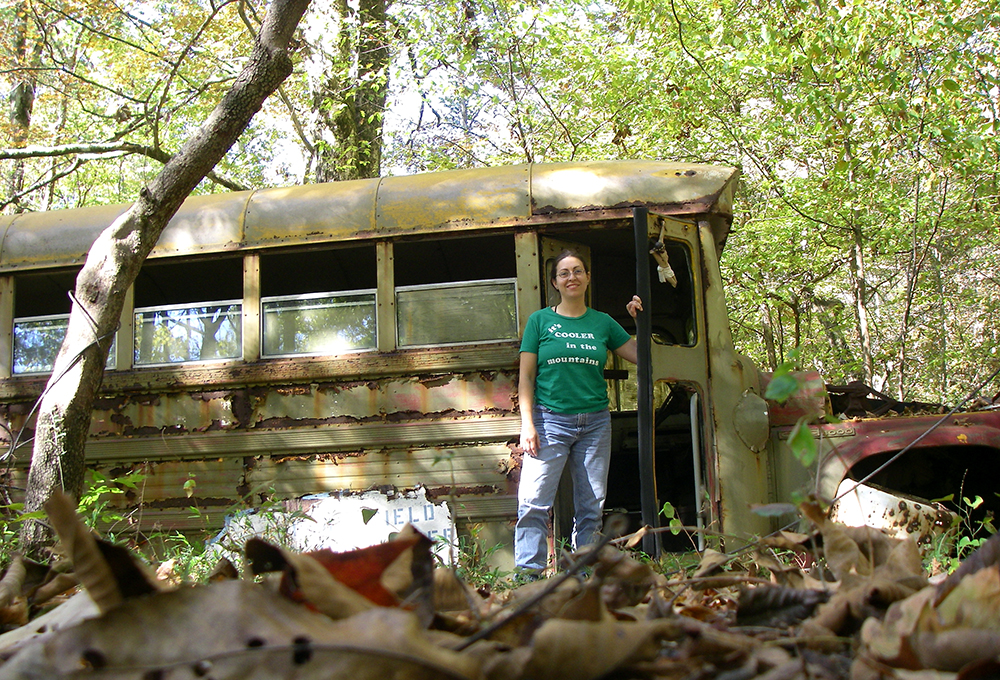 A self portrait (the new term for it is “selfie”) in front of the famous bus at the parking area for Moses Tomb.

Below is Aaron Moses, all smiles, as he exits the classic 230-foot pit. 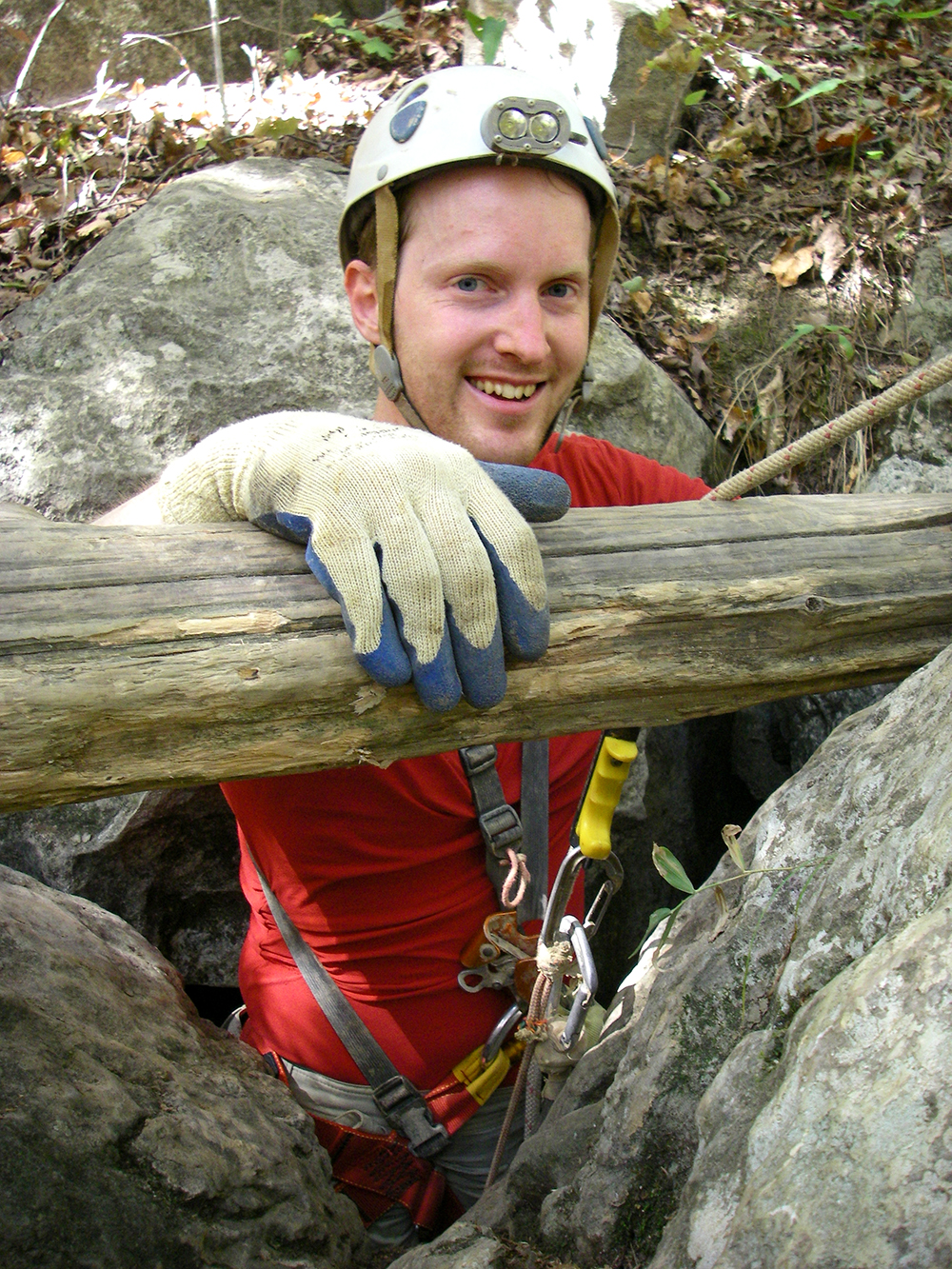 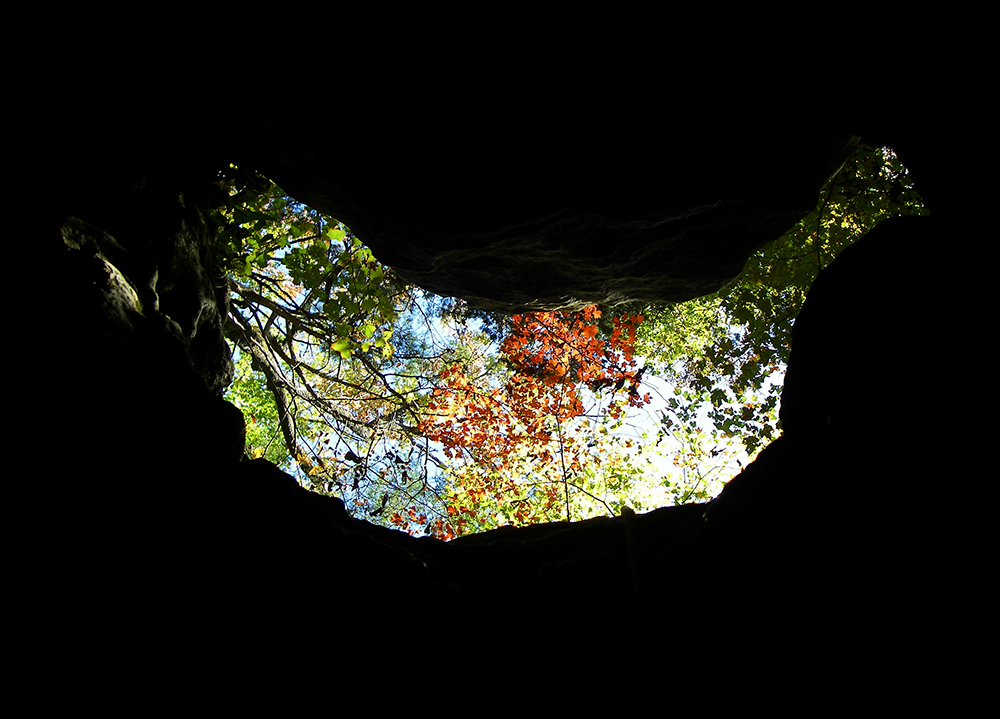