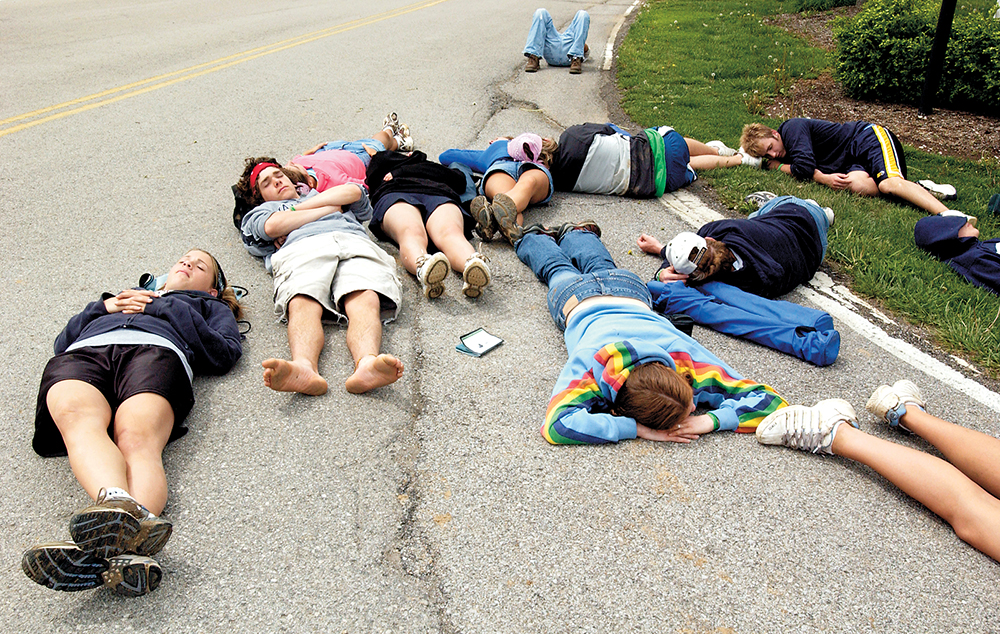 Kids crashed out to catch a bus into the event. Looks like a scene from any other music festival, BUT DO NOT BE DECEIVED.

The Ichthus Festival is a very Christian gathering, so none of the usual music festival shenanigans like drinking, partial nudity or drugs were happening. I was there to cover the event for the day. In this photo below, thousands of people were praying together. 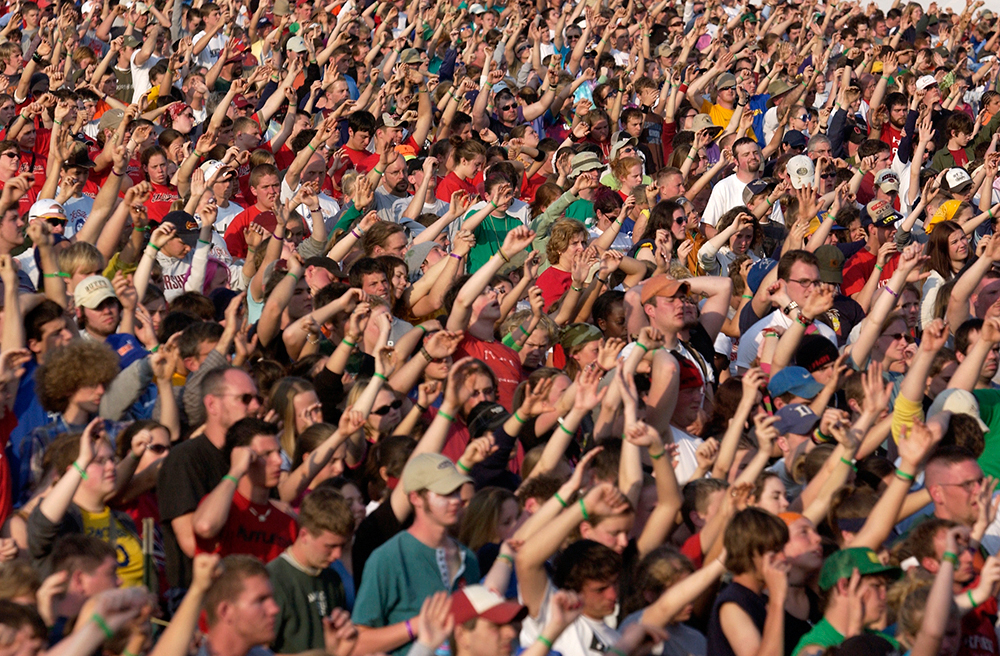 If you’re not familiar with this massive Christian Music Festival, consider yourself lucky. It’s an annual shin-dig of tens of thousands of people (mostly teenagers) in a southern-Baptist heaven called Kentucky that come together for the latest Christian music.